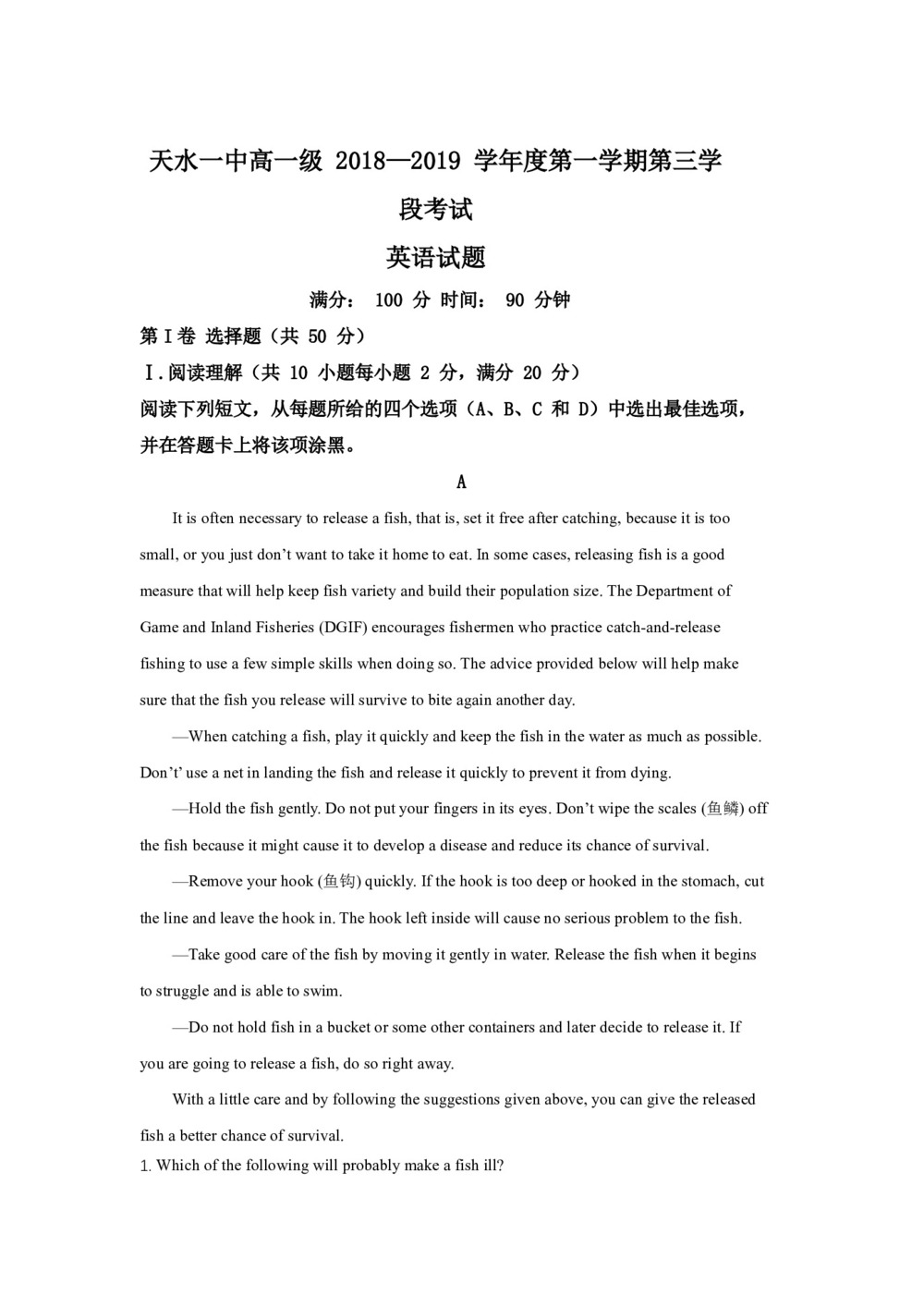 It is often necessary to release a fish, that is, set it free after catching, because it is too small, or you just don't want to take it home to eat. In some cases, releasing fish is a good measure that will help keep fish variety and build their population size. The Department of Game and Inland Fisheries (DGIF) encourages fishermen who practice catch-and-release fishing to use a few simple skills when doing so. The advice provided below will help make sure that the fish you release will survive to bite again another day.

-When catching a fish, play it quickly and keep the fish in the water as much as possible. Don't' use a net in landing the fish and release it quickly to prevent it from dying.

-Hold the fish gently. Do not put your fingers in its eyes. Don't wipe the scales (鱼鳞) off the fish because it might cause it to develop a disease and reduce its chance of survival.

-Remove your hook (鱼钩) quickly. If the hook is too deep or hooked in the stomach, cut the line and leave the hook in. The hook left inside will cause no serious problem to the fish.

-Take good care of the fish by moving it gently in water. Release the fish when it begins to struggle and is able to swim.

-Do not hold fish in a bucket or some other containers and later decide to release it. If you are going to release a fish, do so right away.

With a little care and by following the suggestions given above, you can give the released fish a better chance of survival.

1. Which of the following will probably make a fish ill?