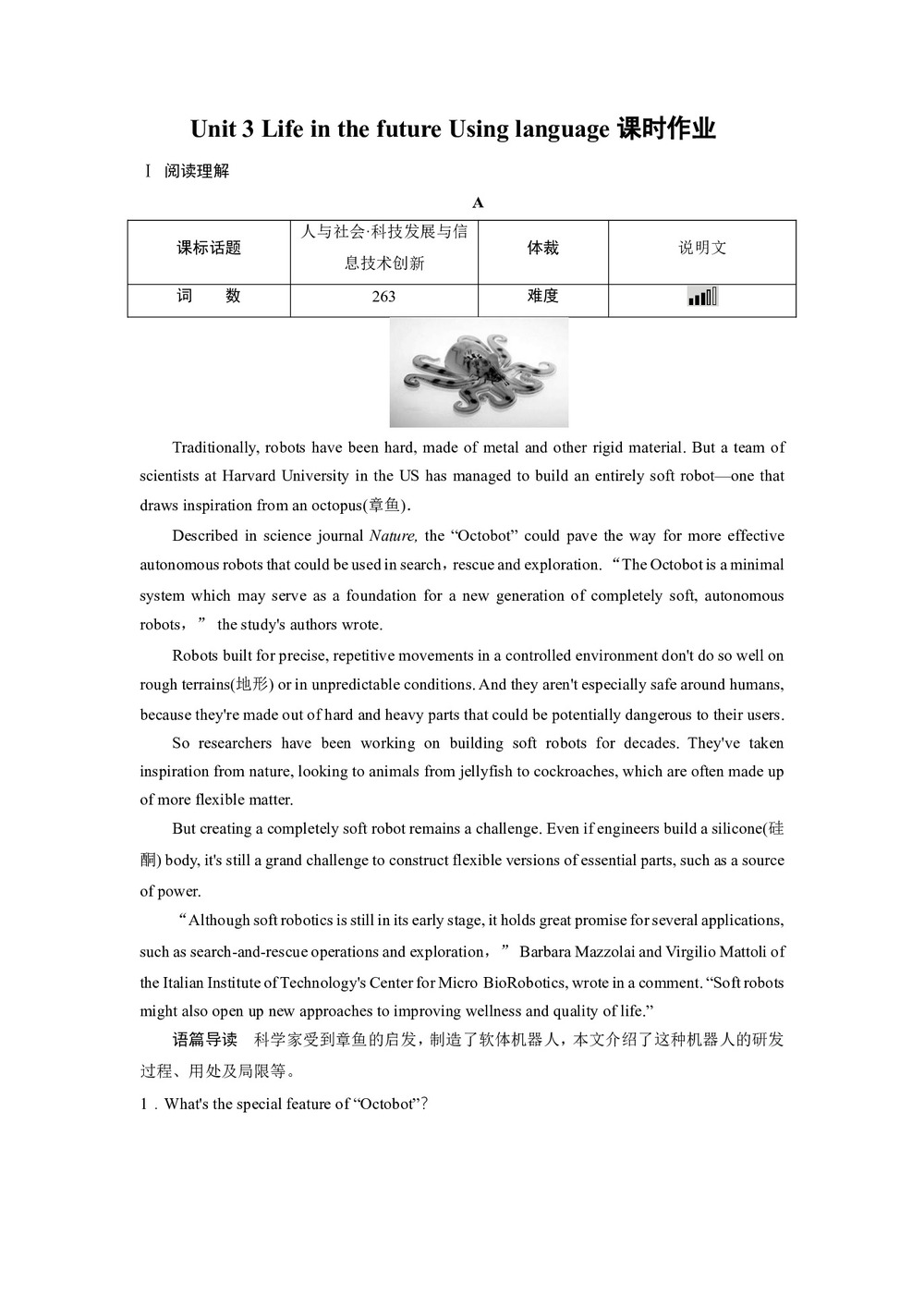 Traditionally, robots have been hard, made of metal and other rigid material. But a team of scientists at Harvard University in the US has managed to build an entirely soft robot-one that draws inspiration from an octopus(章鱼)．

Described in science journal Nature, the "Octobot" could pave the way for more effective autonomous robots that could be used in search，rescue and exploration. "The Octobot is a minimal system which may serve as a foundation for a new generation of completely soft, autonomous robots，" the study's authors wrote.

Robots built for precise, repetitive movements in a controlled environment don't do so well on rough terrains(地形) or in unpredictable conditions. And they aren't especially safe around humans, because they're made out of hard and heavy parts that could be potentially dangerous to their users.

So researchers have been working on building soft robots for decades. They've taken inspiration from nature, looking to animals from jellyfish to cockroaches, which are often made up of more flexible matter.

But creating a completely soft robot remains a challenge. Even if engineers build a silicone(硅酮) body, it's still a grand challenge to construct flexible versions of essential parts, such as a source of power.

"Although soft robotics is still in its early stage, it holds great promise for several applications, such as search­and­rescue operations and exploration，" Barbara Mazzolai and Virgilio Mattoli of the Italian Institute of Technology's Center for Micro­BioRobotics, wrote in a comment. "Soft robots might also open up new approaches to improving wellness and quality of life."

1．What's the special feature of "Octobot"？