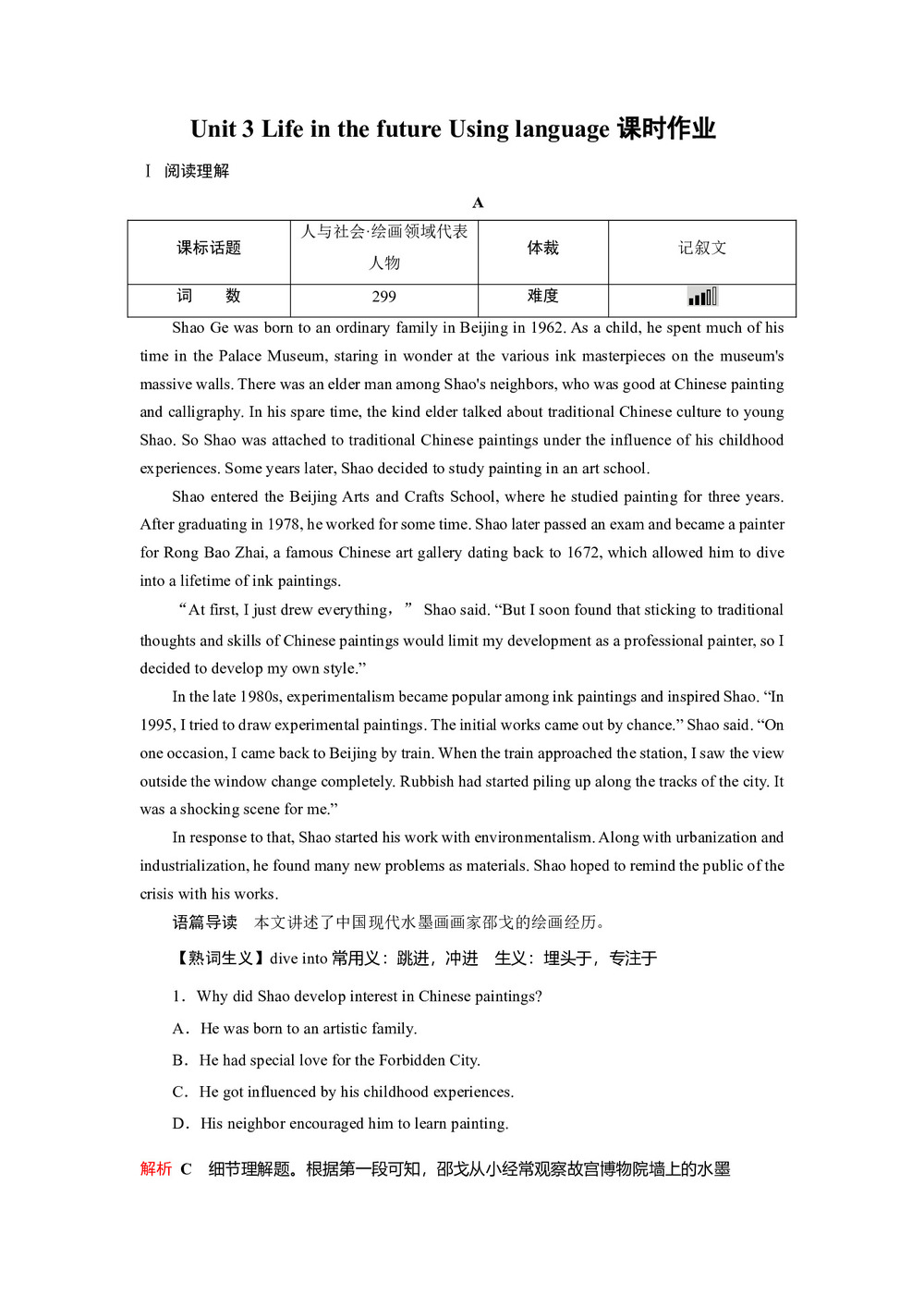 课标话题 人与社会·绘画领域代表人物 体裁 记叙文 词  数 299 难度   Shao Ge was born to an ordinary family in Beijing in 1962. As a child, he spent much of his time in the Palace Museum, staring in wonder at the various ink masterpieces on the museum's massive walls. There was an elder man among Shao's neighbors, who was good at Chinese painting and calligraphy. In his spare time, the kind elder talked about traditional Chinese culture to young Shao. So Shao was attached to traditional Chinese paintings under the influence of his childhood experiences. Some years later, Shao decided to study painting in an art school.

Shao entered the Beijing Arts and Crafts School, where he studied painting for three years. After graduating in 1978, he worked for some time. Shao later passed an exam and became a painter for Rong Bao Zhai, a famous Chinese art gallery dating back to 1672, which allowed him to dive into a lifetime of ink paintings.

"At first, I just drew everything，" Shao said. "But I soon found that sticking to traditional thoughts and skills of Chinese paintings would limit my development as a professional painter, so I decided to develop my own style."

In the late 1980s, experimentalism became popular among ink paintings and inspired Shao. "In 1995, I tried to draw experimental paintings. The initial works came out by chance." Shao said. "On one occasion, I came back to Beijing by train. When the train approached the station, I saw the view outside the window change completely. Rubbish had started piling up along the tracks of the city. It was a shocking scene for me."

In response to that, Shao started his work with environmentalism. Along with urbanization and industrialization, he found many new problems as materials. Shao hoped to remind the public of the crisis with his works.

1．Why did Shao develop interest in Chinese paintings?

A．He was born to an artistic family.

B．He had special love for the Forbidden City.

C．He got influenced by his childhood experiences.