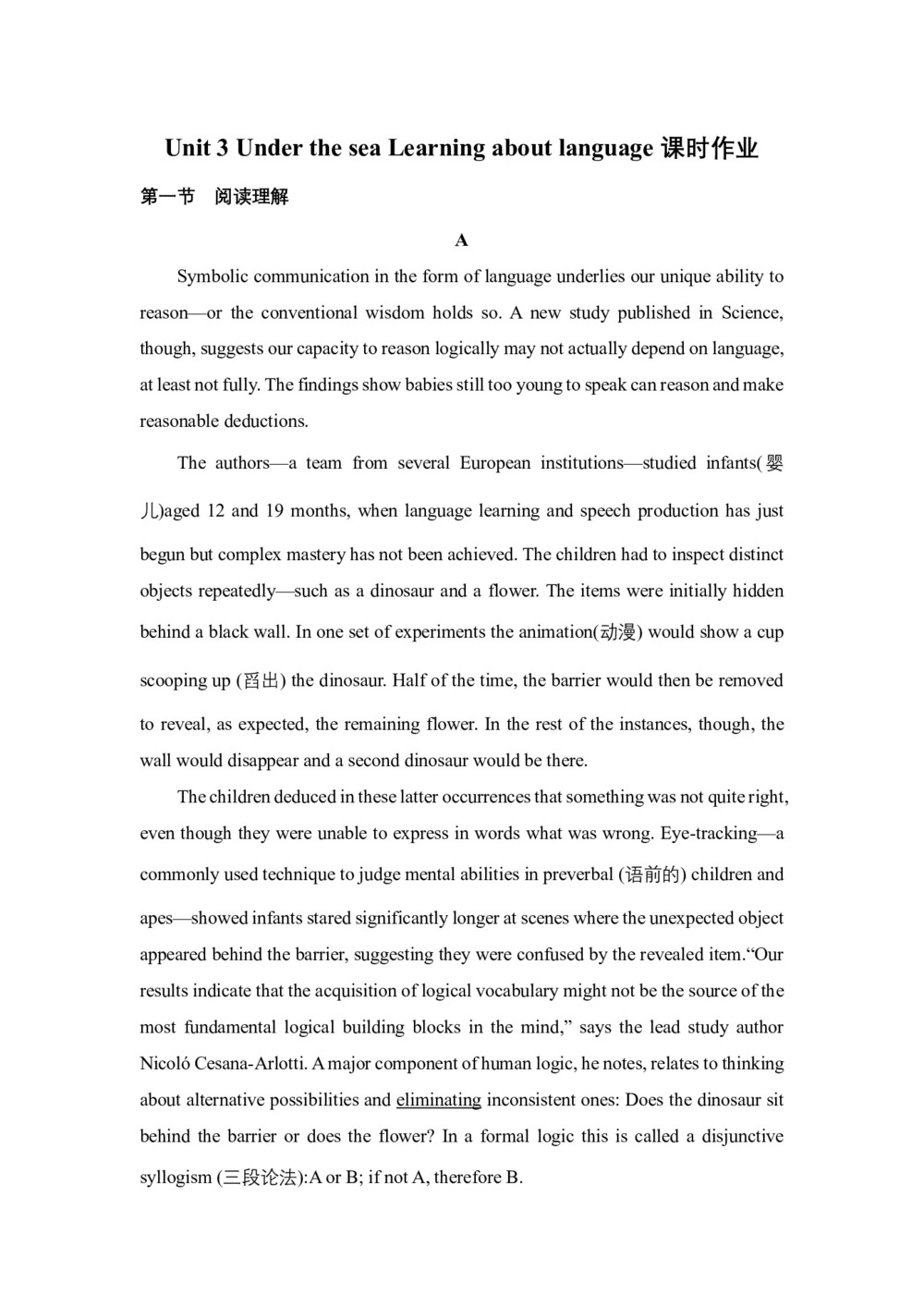 ﻿Unit 3 Under the sea Learning about language课时作业

Symbolic communication in the form of language underlies our unique ability to reason-or the conventional wisdom holds so. A new study published in Science, though, suggests our capacity to reason logically may not actually depend on language, at least not fully. The findings show babies still too young to speak can reason and make reasonable deductions.

The authors-a team from several European institutions-studied infants(婴儿)aged 12 and 19 months, when language learning and speech production has just begun but complex mastery has not been achieved. The children had to inspect distinct objects repeatedly-such as a dinosaur and a flower. The items were initially hidden behind a black wall. In one set of experiments the animation(动漫) would show a cup scooping up (舀出) the dinosaur. Half of the time, the barrier would then be removed to reveal, as expected, the remaining flower. In the rest of the instances, though, the wall would disappear and a second dinosaur would be there.

The children deduced in these latter occurrences that something was not quite right, even though they were unable to express in words what was wrong. Eye-tracking-a commonly used technique to judge mental abilities in preverbal (语前的) children and apes-showed infants stared significantly longer at scenes where the unexpected object appeared behind the barrier, suggesting they were confused by the revealed item."Our results indicate that the acquisition of logical vocabulary might not be the source of the most fundamental logical building blocks in the mind," says the lead study author Nicoló Cesana-Arlotti. A major component of human logic, he notes, relates to thinking about alternative possibilities and eliminating inconsistent ones: Does the dinosaur sit behind the barrier or does the flower? In a formal logic this is called a disjunctive syllogism (三段论法):A or B; if not A, therefore B.

Cesana-Arlotti acknowledges his findings do not deny the importance of language and symbolic communication to human brain development, and to our