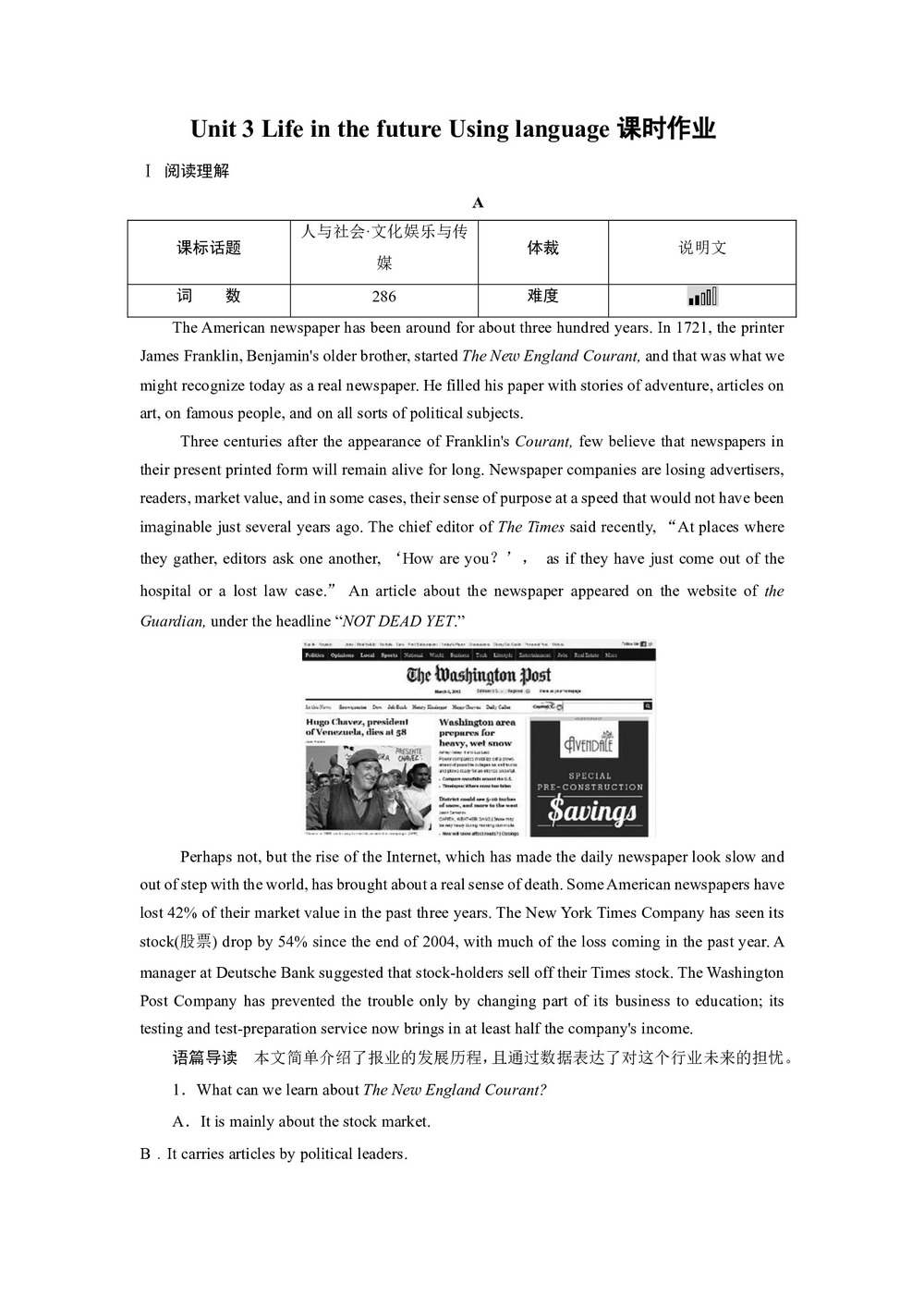 课标话题 人与社会·文化娱乐与传媒 体裁 说明文 词  数 286 难度   The American newspaper has been around for about three hundred years. In 1721, the printer James Franklin, Benjamin's older brother, started The New England Courant, and that was what we might recognize today as a real newspaper. He filled his paper with stories of adventure, articles on art, on famous people, and on all sorts of political subjects.

Three centuries after the appearance of Franklin's Courant, few believe that newspapers in their present printed form will remain alive for long. Newspaper companies are losing advertisers, readers, market value, and in some cases, their sense of purpose at a speed that would not have been imaginable just several years ago. The chief editor of The Times said recently, "At places where they gather, editors ask one another, 'How are you？'， as if they have just come out of the hospital or a lost law case." An article about the newspaper appeared on the website of the Guardian, under the headline "NOT DEAD YET."

Perhaps not, but the rise of the Internet, which has made the daily newspaper look slow and out of step with the world, has brought about a real sense of death. Some American newspapers have lost 42% of their market value in the past three years. The New York Times Company has seen its stock(股票) drop by 54% since the end of 2004, with much of the loss coming in the past year. A manager at Deutsche Bank suggested that stock­holders sell off their Times stock. The Washington Post Company has prevented the trouble only by changing part of its business to education; its testing and test­preparation service now brings in at least half the company's income.

1．What can we learn about The New England Courant?

A．It is mainly about the stock market.