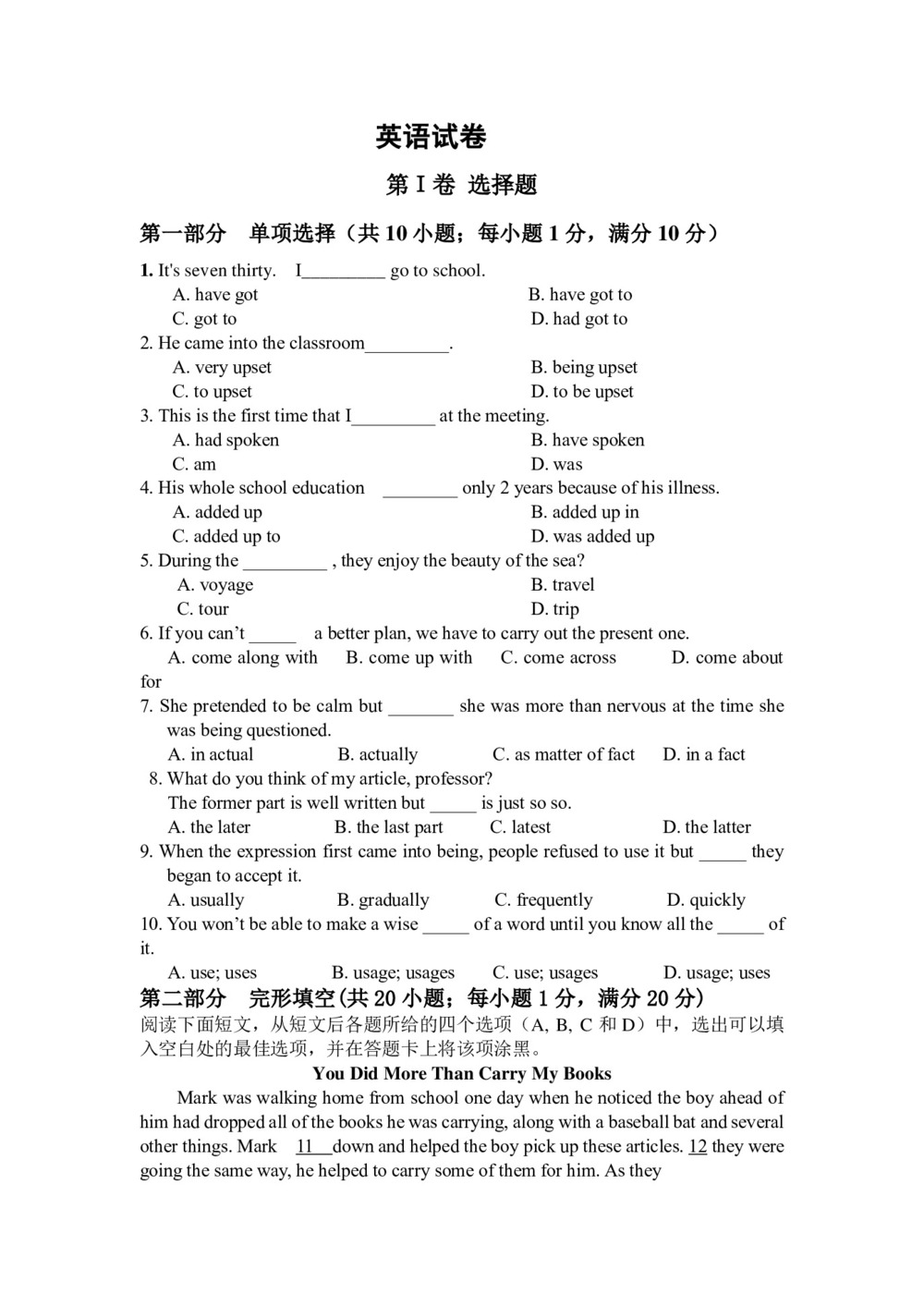 A. very upset B. being upset

A. had spoken B. have spoken

C. added up to D. was added up

A. voyage B. travel

A. come along with B. come up with C. come across D. come about for

7. She pretended to be calm but _______ she was more than nervous at the time she was being questioned.

A. in actual B. actually C. as matter of fact D. in a fact

8. What do you think of my article, professor?

A. the later B. the last part C. latest D. the latter

9. When the expression first came into being, people refused to use it but _____ they began to accept it.

You Did More Than Carry My Books

Mark was walking home from school one day when he noticed the boy ahead of him had dropped all of the books he was carrying, along with a baseball bat and several other things. Mark 11 down and helped the boy pick up these articles. 12 they were going the same way, he helped to carry some of them for him. As they