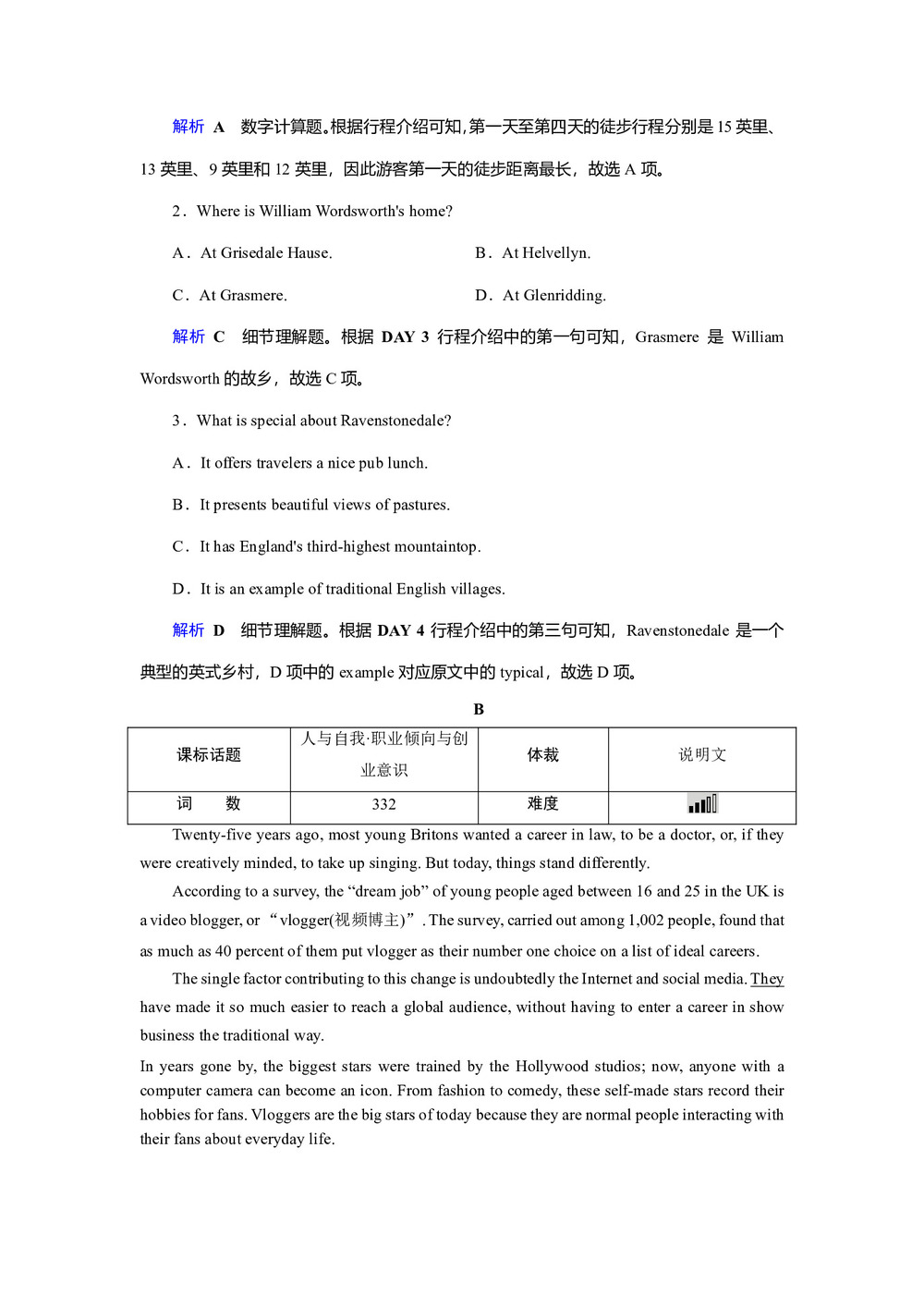 2．Where is William Wordsworth's home?

3．What is special about Ravenstonedale?

D．It is an example of traditional English villages.

According to a survey, the "dream job" of young people aged between 16 and 25 in the UK is a video blogger, or "vlogger(视频博主)". The survey, carried out among 1,002 people, found that as much as 40 percent of them put vlogger as their number one choice on a list of ideal careers.

The single factor contributing to this change is undoubtedly the Internet and social media. They have made it so much easier to reach a global audience, without having to enter a career in show business the traditional way.

In years gone by, the biggest stars were trained by the Hollywood studios; now, anyone with a computer camera can become an icon. From fashion to comedy, these self­made stars record their hobbies for fans. Vloggers are the big stars of today because they are normal people interacting with their fans about everyday life.