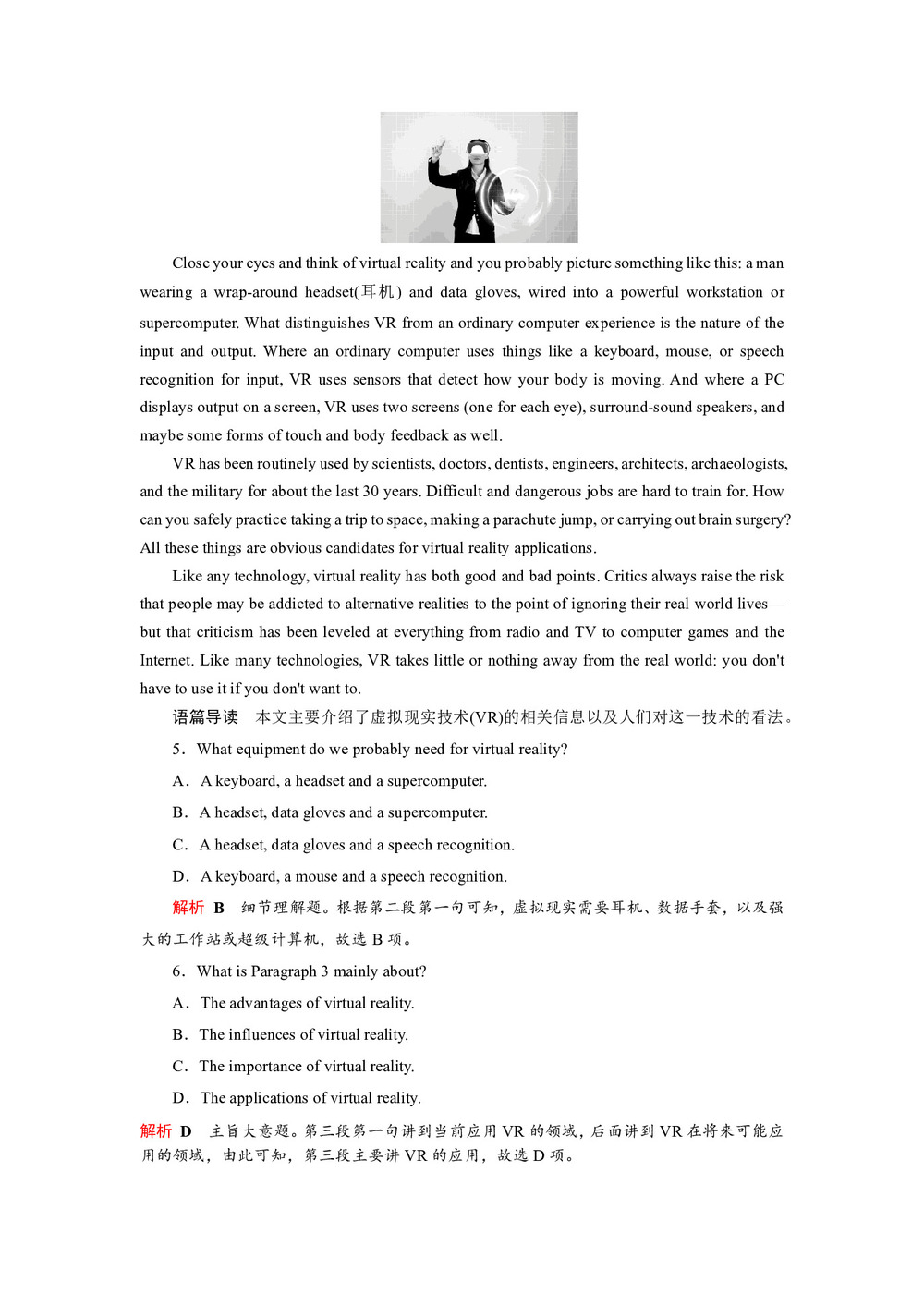 Close your eyes and think of virtual reality and you probably picture something like this: a man wearing a wrap­around headset(耳机) and data gloves, wired into a powerful workstation or supercomputer. What distinguishes VR from an ordinary computer experience is the nature of the input and output. Where an ordinary computer uses things like a keyboard, mouse, or speech recognition for input, VR uses sensors that detect how your body is moving. And where a PC displays output on a screen, VR uses two screens (one for each eye), surround­sound speakers, and maybe some forms of touch and body feedback as well.

VR has been routinely used by scientists, doctors, dentists, engineers, architects, archaeologists, and the military for about the last 30 years. Difficult and dangerous jobs are hard to train for. How can you safely practice taking a trip to space, making a parachute jump, or carrying out brain surgery? All these things are obvious candidates for virtual reality applications.

Like any technology, virtual reality has both good and bad points. Critics always raise the risk that people may be addicted to alternative realities to the point of ignoring their real­world lives-but that criticism has been leveled at everything from radio and TV to computer games and the Internet. Like many technologies, VR takes little or nothing away from the real world: you don't have to use it if you don't want to.

5．What equipment do we probably need for virtual reality?

A．A keyboard, a headset and a supercomputer.

D．A keyboard, a mouse and a speech recognition.

6．What is Paragraph 3 mainly about?