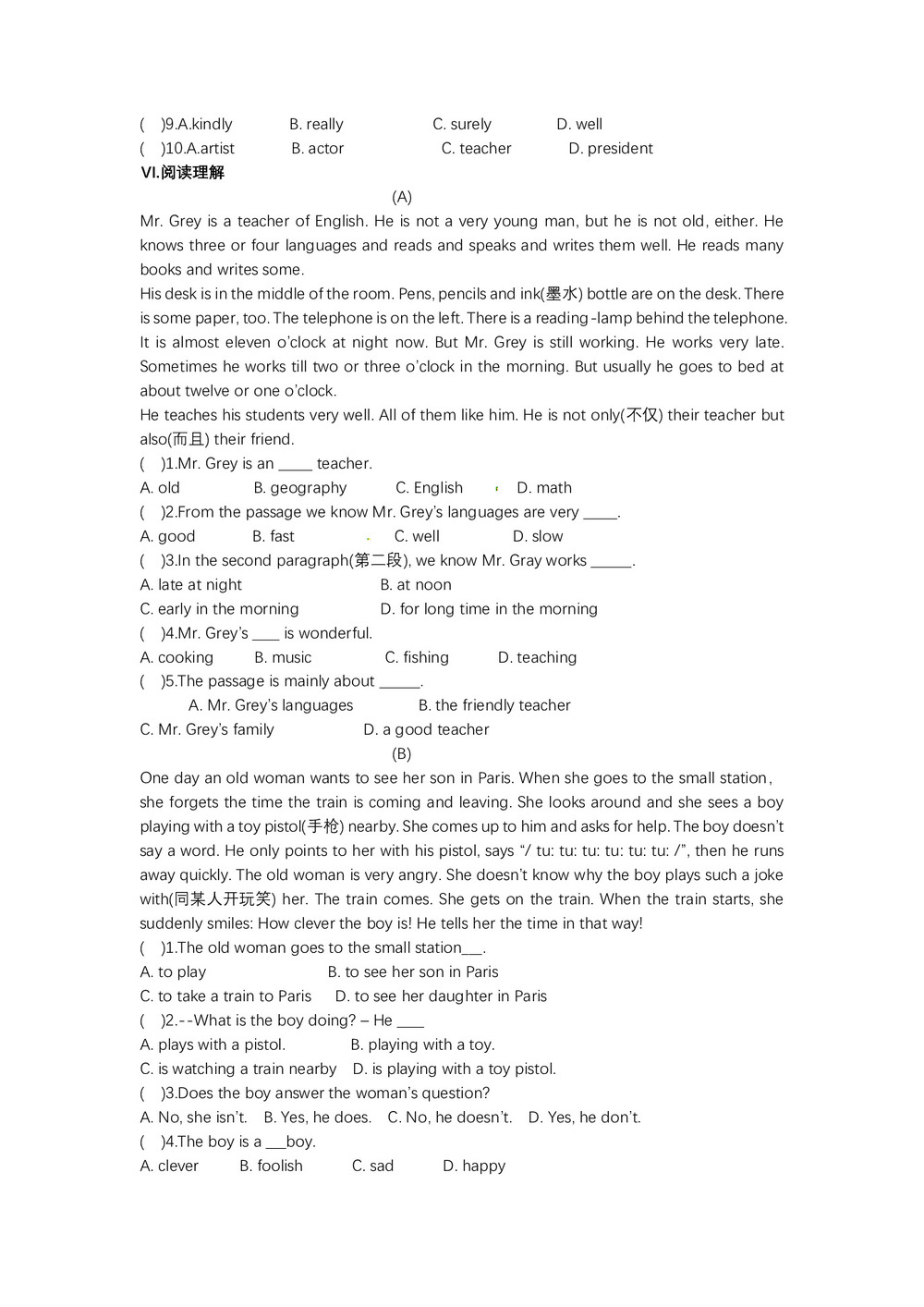 Mr. Grey is a teacher of English. He is not a very young man, but he is not old, either. He knows three or four languages and reads and speaks and writes them well. He reads many books and writes some.

His desk is in the middle of the room. Pens, pencils and ink(墨水) bottle are on the desk. There is some paper, too. The telephone is on the left. There is a reading-lamp behind the telephone. It is almost eleven o'clock at night now. But Mr. Grey is still working. He works very late. Sometimes he works till two or three o'clock in the morning. But usually he goes to bed at about twelve or one o'clock.

He teaches his students very well. All of them like him. He is not only(不仅) their teacher but also(而且) their friend.

A. late at night B. at noon

A. Mr. Grey's languages B. the friendly teacher

One day an old woman wants to see her son in Paris. When she goes to the small station，she forgets the time the train is coming and leaving. She looks around and she sees a boy playing with a toy pistol(手枪) nearby. She comes up to him and asks for help. The boy doesn't say a word. He only points to her with his pistol, says "/ tu: tu: tu: tu: tu: tu: /", then he runs away quickly. The old woman is very angry. She doesn't know why the boy plays such a joke with(同某人开玩笑) her. The train comes. She gets on the train. When the train starts, she suddenly smiles: How clever the boy is! He tells her the time in that way!

A. to play B. to see her son in Paris

C. to take a train to Paris D. to see her daughter in Paris

A. plays with a pistol. B. playing with a toy.

C. is watching a train nearby D. is playing with a toy pistol.

( )3.Does the boy answer the woman's question?