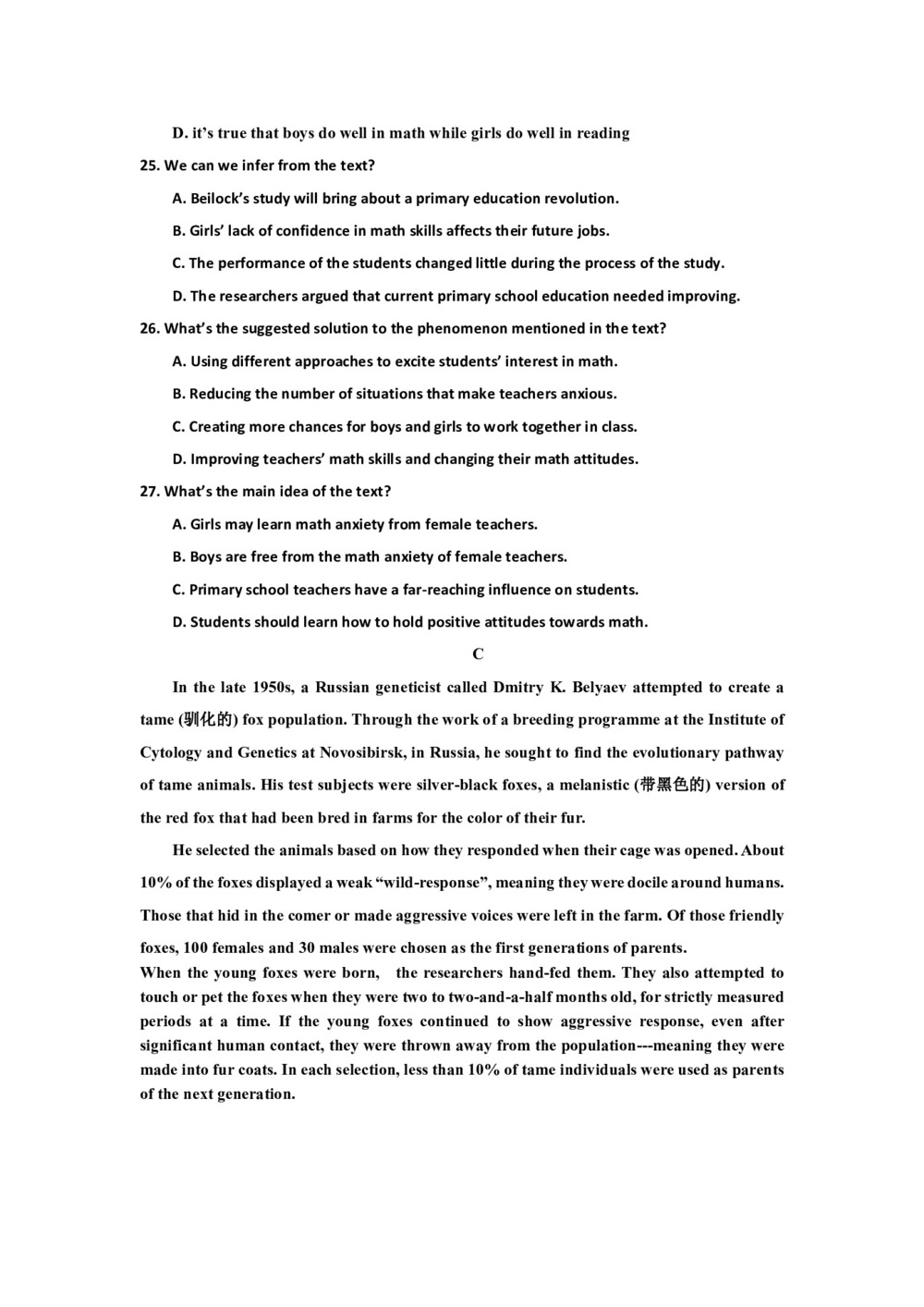 A. Beilock's study will bring about a primary education revolution.

B. Girls' lack of confidence in math skills affects their future jobs.

C. The performance of the students changed little during the process of the study.

26. What's the suggested solution to the phenomenon mentioned in the text?

A. Using different approaches to excite students' interest in math.

B. Reducing the number of situations that make teachers anxious.

C. Creating more chances for boys and girls to work together in class.

A. Girls may learn math anxiety from female teachers.

B. Boys are free from the math anxiety of female teachers.

C. Primary school teachers have a far-reaching influence on students.

D. Students should learn how to hold positive attitudes towards math.

In the late 1950s, a Russian geneticist called Dmitry K. Belyaev attempted to create a tame (驯化的) fox population. Through the work of a breeding programme at the Institute of Cytology and Genetics at Novosibirsk, in Russia, he sought to find the evolutionary pathway of tame animals. His test subjects were silver-black foxes, a melanistic (带黑色的) version of the red fox that had been bred in farms for the color of their fur.

He selected the animals based on how they responded when their cage was opened. About 10% of the foxes displayed a weak "wild-response", meaning they were docile around humans. Those that hid in the comer or made aggressive voices were left in the farm. Of those friendly foxes, 100 females and 30 males were chosen as the first generations of parents.

When the young foxes were born, the researchers hand-fed them. They also attempted to touch or pet the foxes when they were two to two-and-a-half months old, for strictly measured periods at a time. If the young foxes continued to show aggressive response, even after significant human contact, they were thrown away from the population---meaning they were made into fur coats. In each selection, less than 10% of tame individuals were used as parents of the next generation.