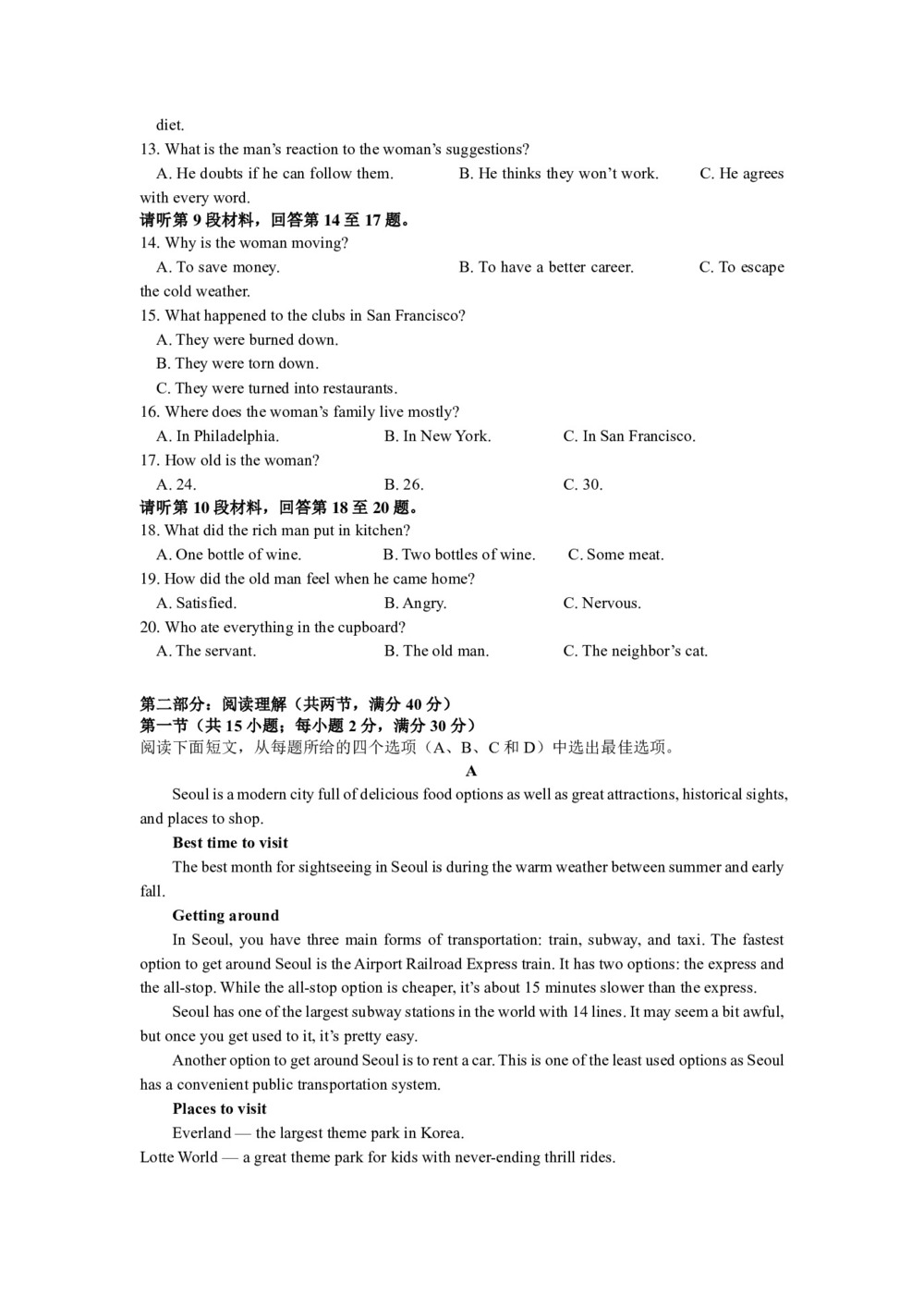 13. What is the man's reaction to the woman's suggestions?

A. He doubts if he can follow them. B. He thinks they won't work. C. He agrees with every word.

A. To save money. B. To have a better career. C. To escape the cold weather.

15. What happened to the clubs in San Francisco?

A. They were burned down.

B. They were torn down.

C. They were turned into restaurants.

16. Where does the woman's family live mostly?

A. In Philadelphia. B. In New York. C. In San Francisco.

18. What did the rich man put in kitchen?

A. One bottle of wine. B. Two bottles of wine. C. Some meat.

19. How did the old man feel when he came home?

20. Who ate everything in the cupboard?

Seoul is a modern city full of delicious food options as well as great attractions, historical sights, and places to shop.

The best month for sightseeing in Seoul is during the warm weather between summer and early fall.

In Seoul, you have three main forms of transportation: train, subway, and taxi. The fastest option to get around Seoul is the Airport Railroad Express train. It has two options: the express and the all-stop. While the all-stop option is cheaper, it's about 15 minutes slower than the express.

Seoul has one of the largest subway stations in the world with 14 lines. It may seem a bit awful, but once you get used to it, it's pretty easy.

Another option to get around Seoul is to rent a car. This is one of the least used options as Seoul has a convenient public transportation system.