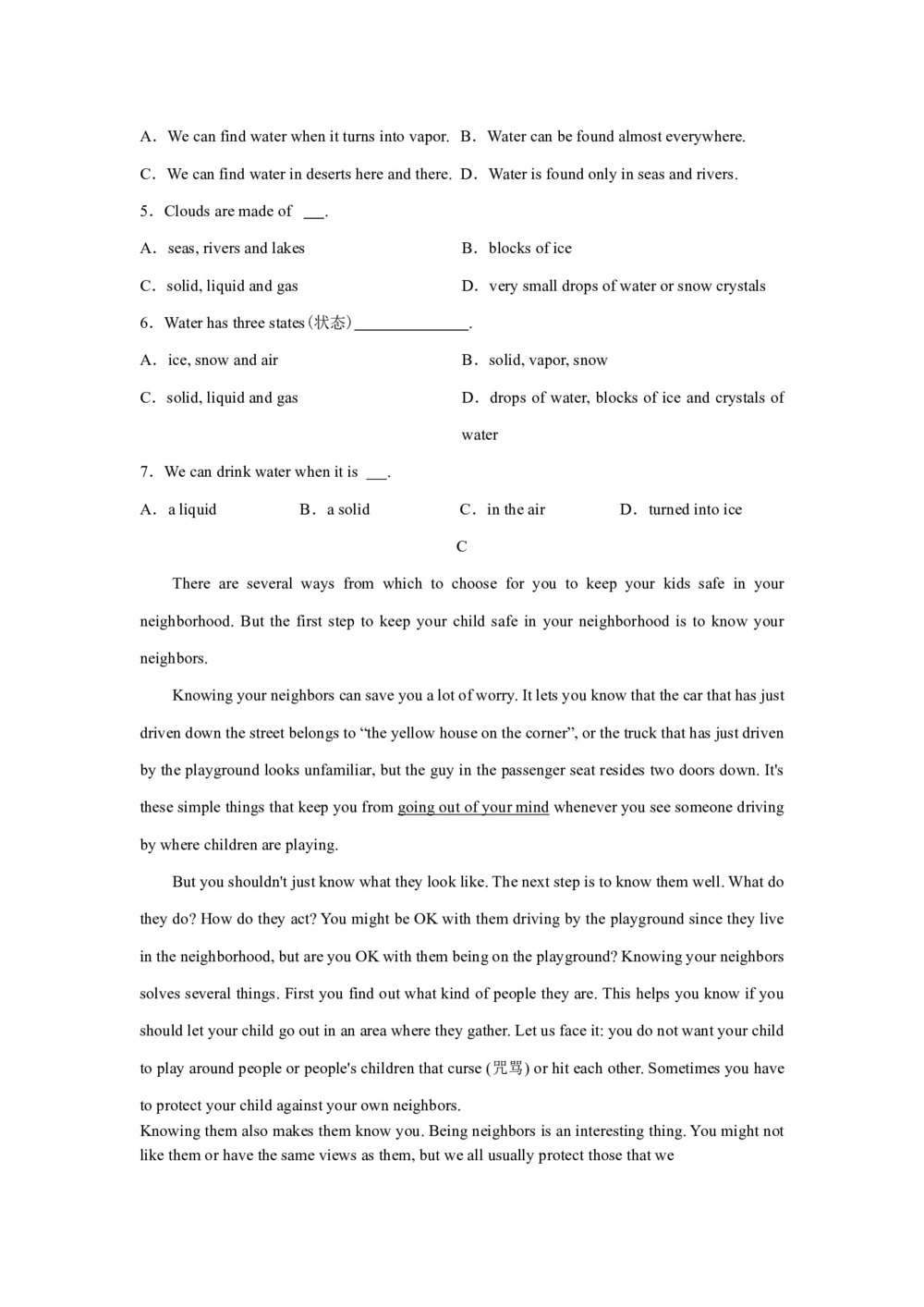 A．ice, snow and air B．solid, vapor, snow C．solid, liquid and gas D．drops of water, blocks of ice and crystals of water 7．We can drink water when it is .

Knowing your neighbors can save you a lot of worry. It lets you know that the car that has just driven down the street belongs to "the yellow house on the corner", or the truck that has just driven by the playground looks unfamiliar, but the guy in the passenger seat resides two doors down. It's these simple things that keep you from going out of your mind whenever you see someone driving by where children are playing.

But you shouldn't just know what they look like. The next step is to know them well. What do they do? How do they act? You might be OK with them driving by the playground since they live in the neighborhood, but are you OK with them being on the playground? Knowing your neighbors solves several things. First you find out what kind of people they are. This helps you know if you should let your child go out in an area where they gather. Let us face it: you do not want your child to play around people or people's children that curse (咒骂) or hit each other. Sometimes you have to protect your child against your own neighbors.

Knowing them also makes them know you. Being neighbors is an interesting thing. You might not like them or have the same views as them, but we all usually protect those that we