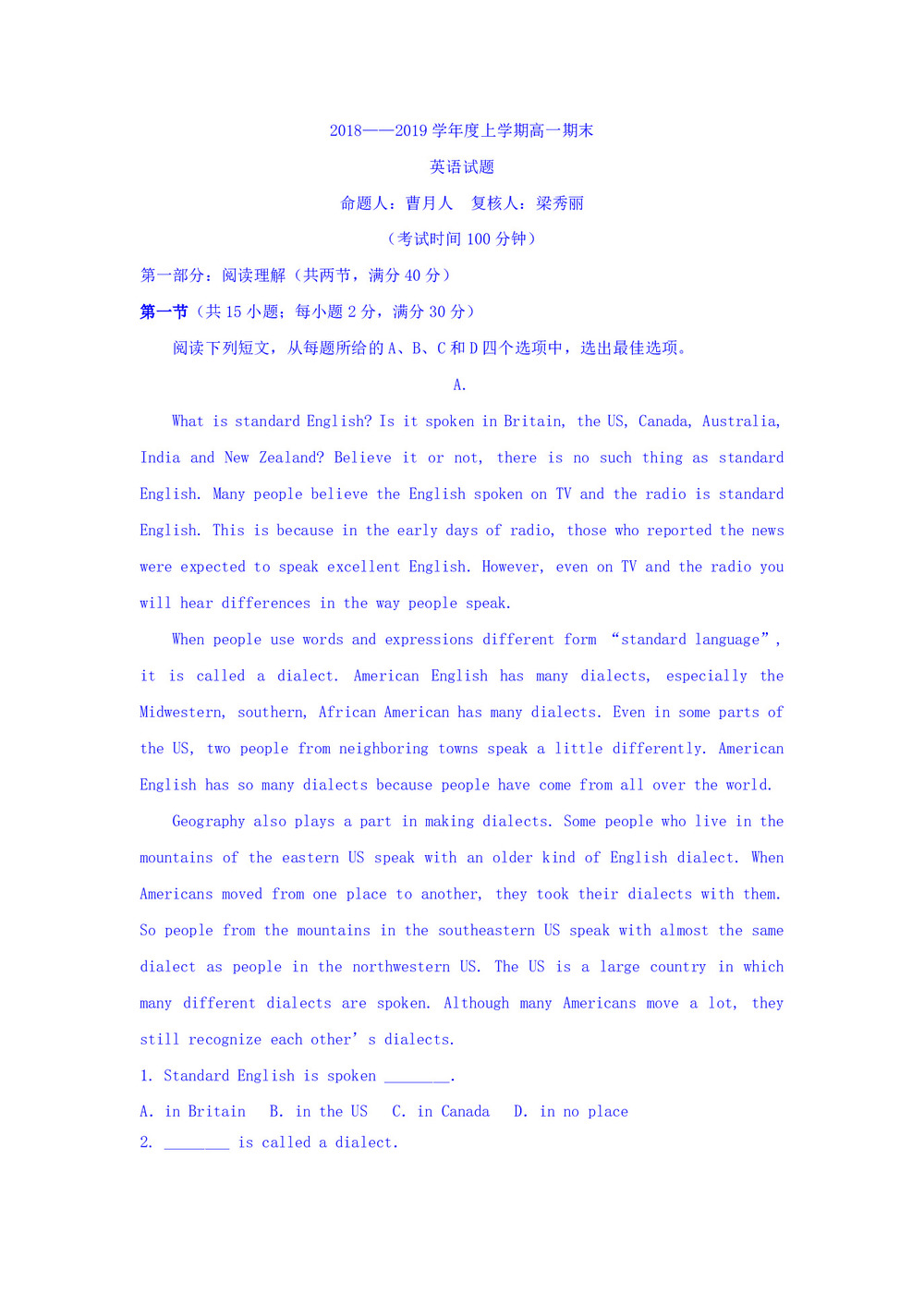 Geography also plays a part in making dialects. Some people who live in the mountains of the eastern US speak with an older kind of English dialect. When Americans moved from one place to another, they took their dialects with them. So people from the mountains in the southeastern US speak with almost the same dialect as people in the northwestern US. The US is a large country in which many different dialects are spoken. Although many Americans move a lot, they still recognize each other's dialects.