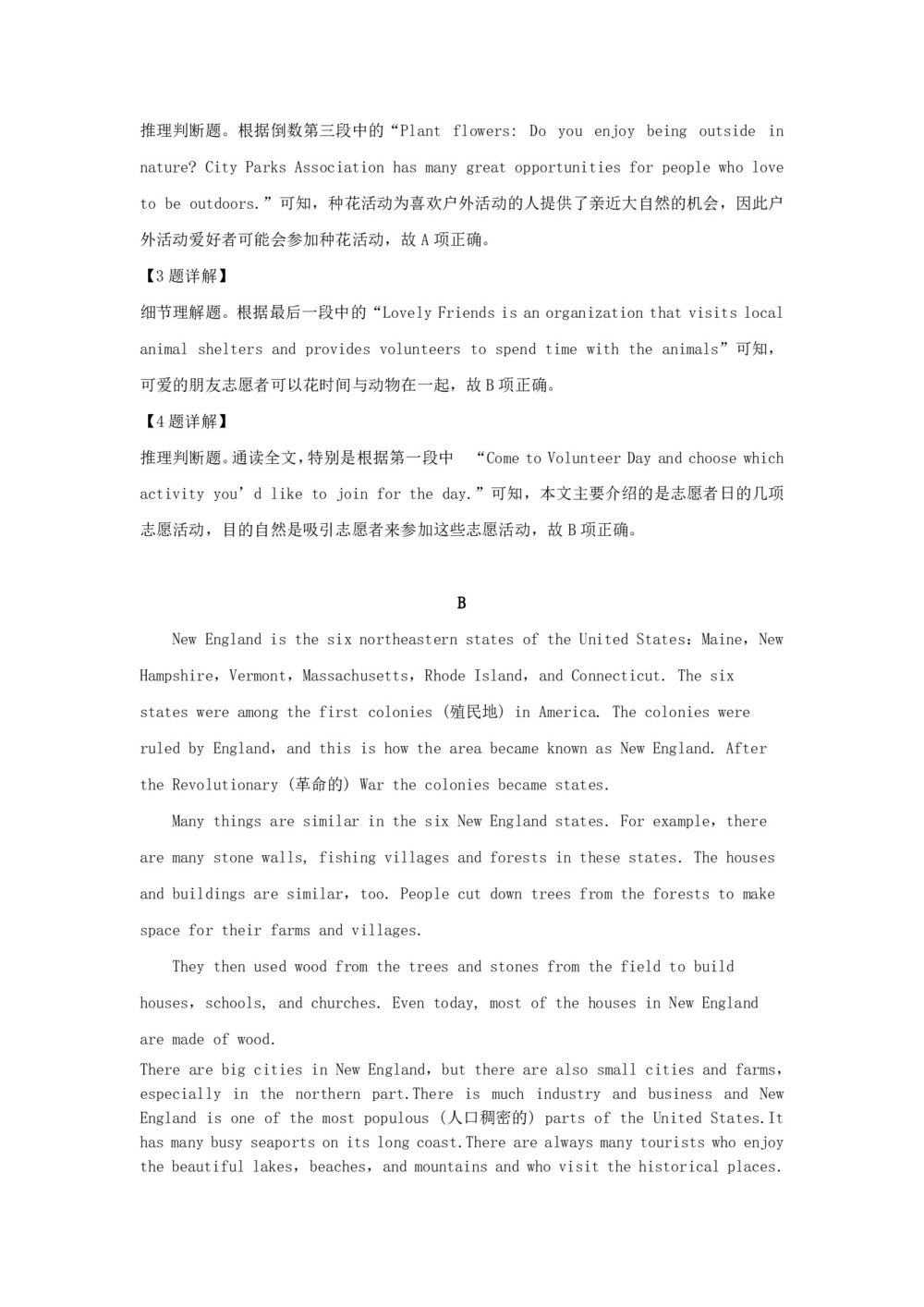 ﻿推理判断题。根据倒数第三段中的"Plant flowers: Do you enjoy being outside in nature? City Parks Association has many great opportunities for people who love to be outdoors."可知，种花活动为喜欢户外活动的人提供了亲近大自然的机会，因此户外活动爱好者可能会参加种花活动，故A项正确。

推理判断题。通读全文，特别是根据第一段中"Come to Volunteer Day and choose which activity you'd like to join for the day."可知，本文主要介绍的是志愿者日的几项志愿活动，目的自然是吸引志愿者来参加这些志愿活动，故B项正确。

New England is the six northeastern states of the United States：Maine，New Hampshire，Vermont，Massachusetts，Rhode Island，and Connecticut. The six states were among the first colonies (殖民地) in America. The colonies were ruled by England，and this is how the area became known as New England. After the Revolutionary (革命的) War the colonies became states.

Many things are similar in the six New England states. For example，there are many stone walls, fishing villages and forests in these states. The houses and buildings are similar，too. People cut down trees from the forests to make space for their farms and villages.

They then used wood from the trees and stones from the field to build houses，schools, and churches. Even today, most of the houses in New England are made of wood.

There are big cities in New England，but there are also small cities and farms，especially in the northern part.There is much industry and business and New England is one of the most populous (人口稠密的) parts of the United States.It has many busy seaports on its long coast.There are always many tourists who enjoy the beautiful lakes，beaches，and mountains and who visit the historical places.