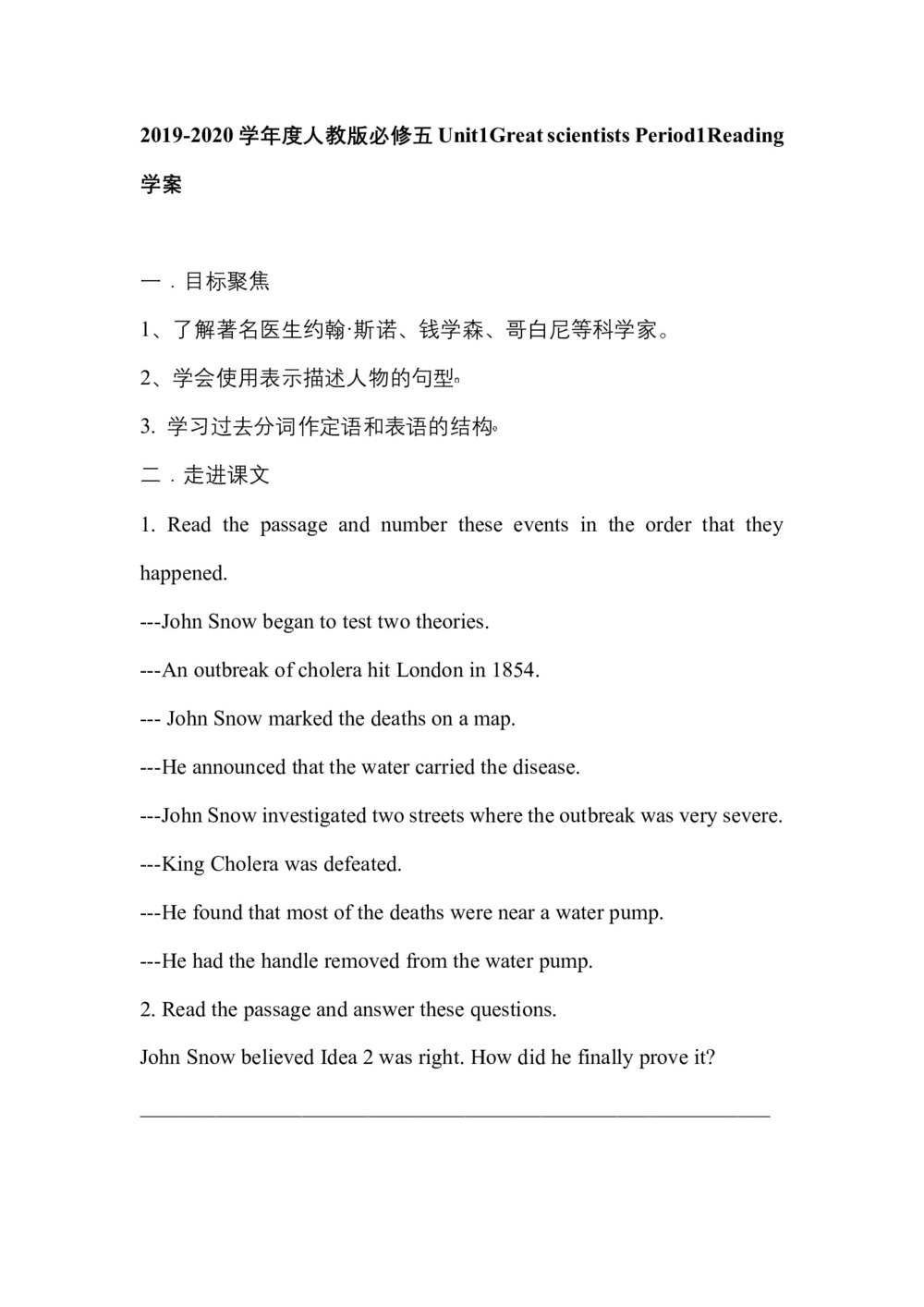 1. Read the passage and number these events in the order that they happened.

--- John Snow marked the deaths on a map.

---He announced that the water carried the disease.

---He found that most of the deaths were near a water pump.

---He had the handle removed from the water pump.

2. Read the passage and answer these questions.

John Snow believed Idea 2 was right. How did he finally prove it?