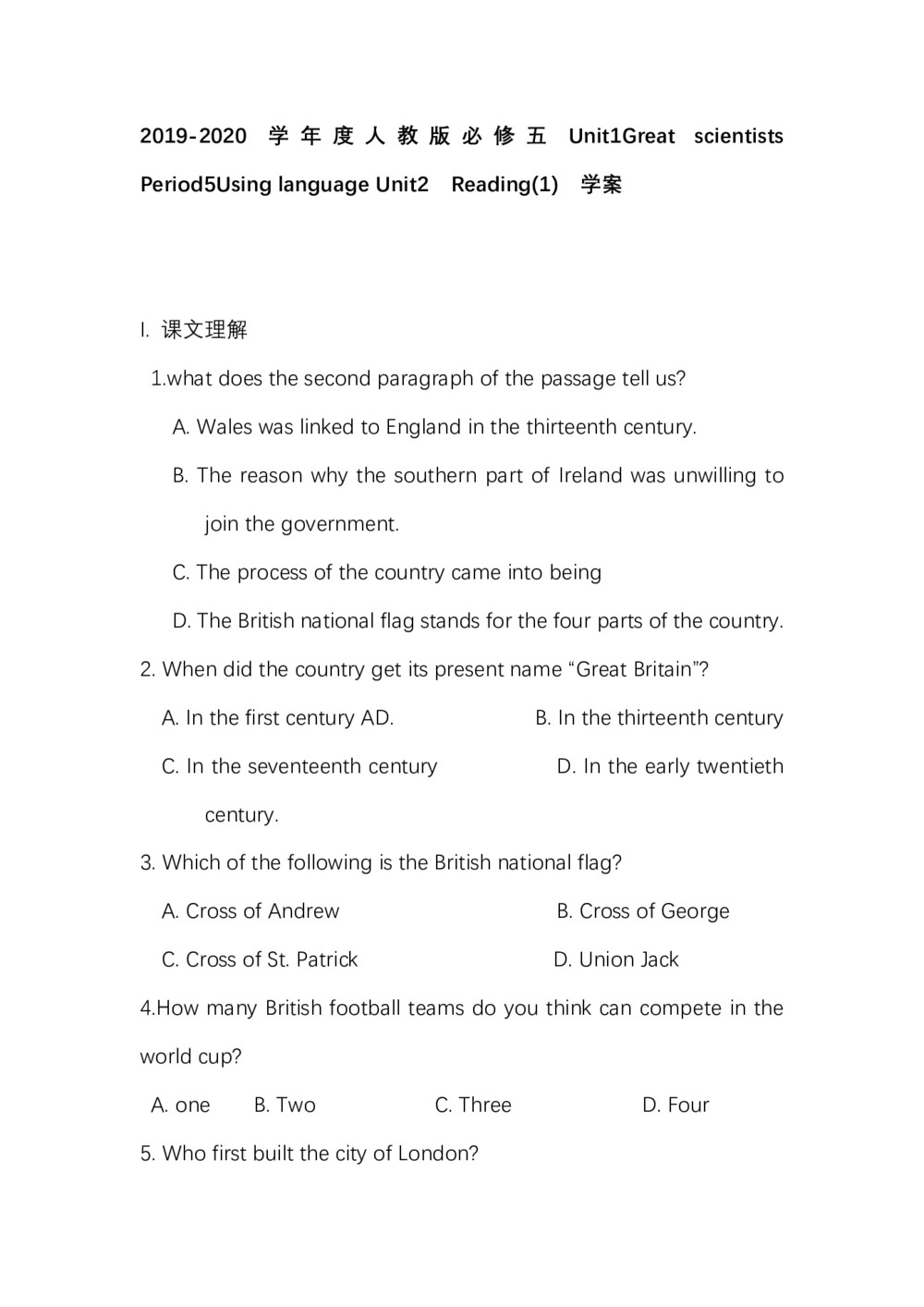 1.what does the second paragraph of the passage tell us?

A. Wales was linked to England in the thirteenth century.

B. The reason why the southern part of Ireland was unwilling to join the government.

C. The process of the country came into being

D. The British national flag stands for the four parts of the country.

2. When did the country get its present name "Great Britain"?

A. In the first century AD. B. In the thirteenth century

C. In the seventeenth century D. In the early twentieth century.

3. Which of the following is the British national flag?

4.How many British football teams do you think can compete in the world cup?

5. Who first built the city of London?