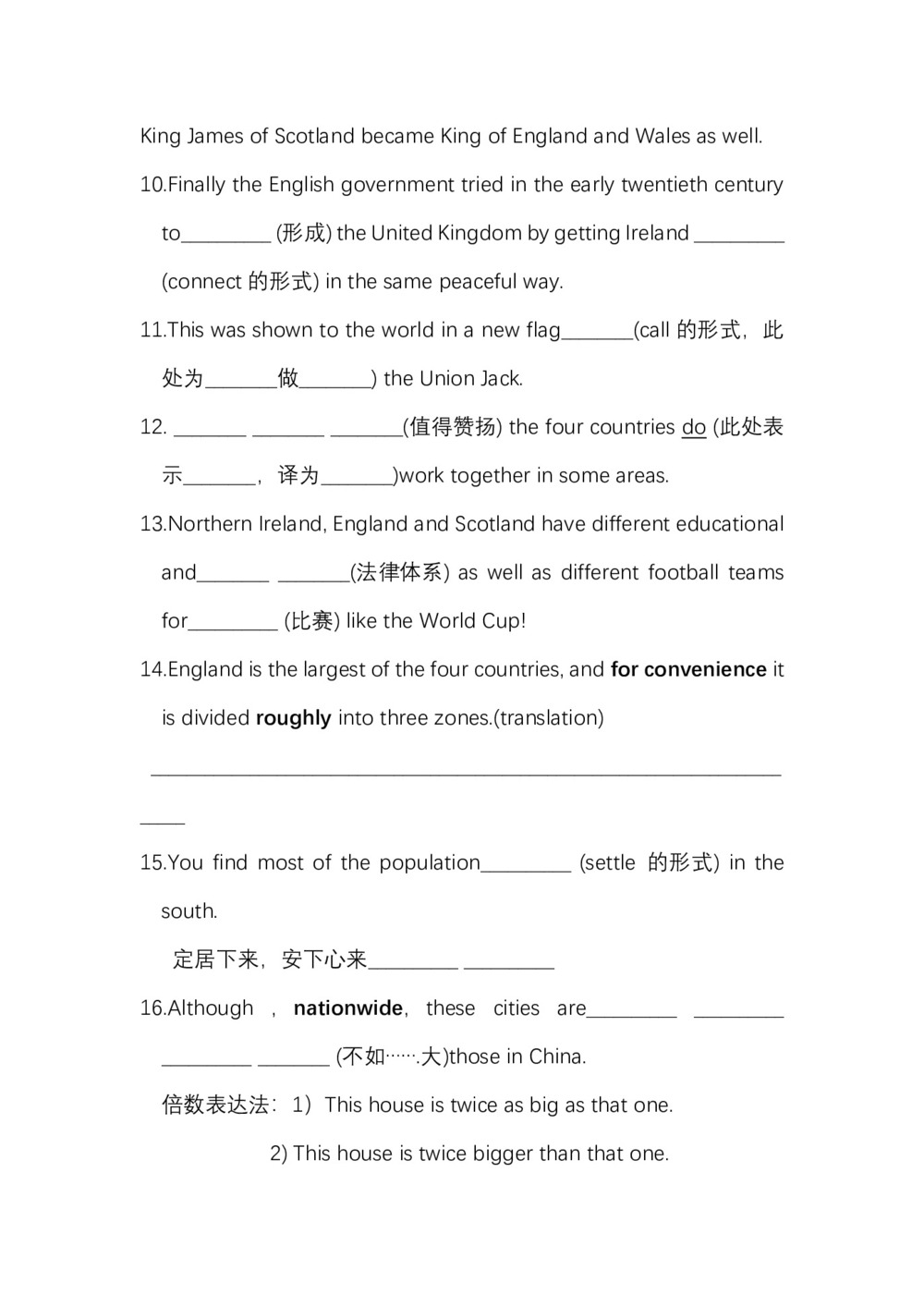 ﻿King James of Scotland became King of England and Wales as well.

10.Finally the English government tried in the early twentieth century to__________ (形成) the United Kingdom by getting Ireland __________ (connect的形式) in the same peaceful way.

14.England is the largest of the four countries, and for convenience it is divided roughly into three zones.(translation)

倍数表达法：1）This house is twice as big as that one.

2) This house is twice bigger than that one.