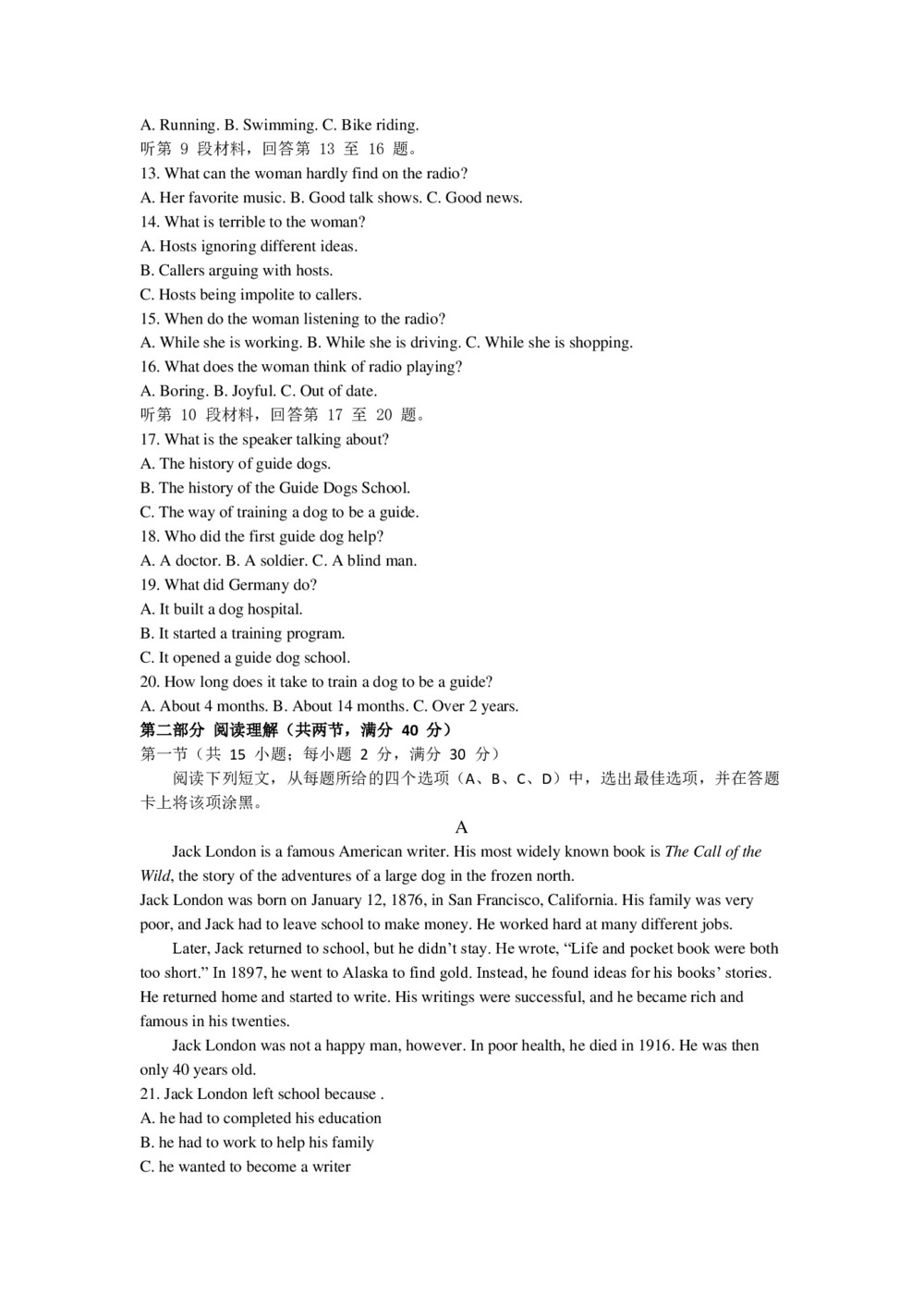 13. What can the woman hardly find on the radio?

14. What is terrible to the woman?

B. Callers arguing with hosts.

C. Hosts being impolite to callers.

15. When do the woman listening to the radio?

16. What does the woman think of radio playing?

17. What is the speaker talking about?

A. The history of guide dogs.

B. The history of the Guide Dogs School.

C. The way of training a dog to be a guide.

18. Who did the first guide dog help?

A. It built a dog hospital.

B. It started a training program.

Jack London is a famous American writer. His most widely known book is The Call of the Wild, the story of the adventures of a large dog in the frozen north.

Jack London was born on January 12, 1876, in San Francisco, California. His family was very poor, and Jack had to leave school to make money. He worked hard at many different jobs.

Later, Jack returned to school, but he didn't stay. He wrote, "Life and pocket book were both too short." In 1897, he went to Alaska to find gold. Instead, he found ideas for his books' stories. He returned home and started to write. His writings were successful, and he became rich and famous in his twenties.

A. he had to completed his education

B. he had to work to help his family

C. he wanted to become a writer