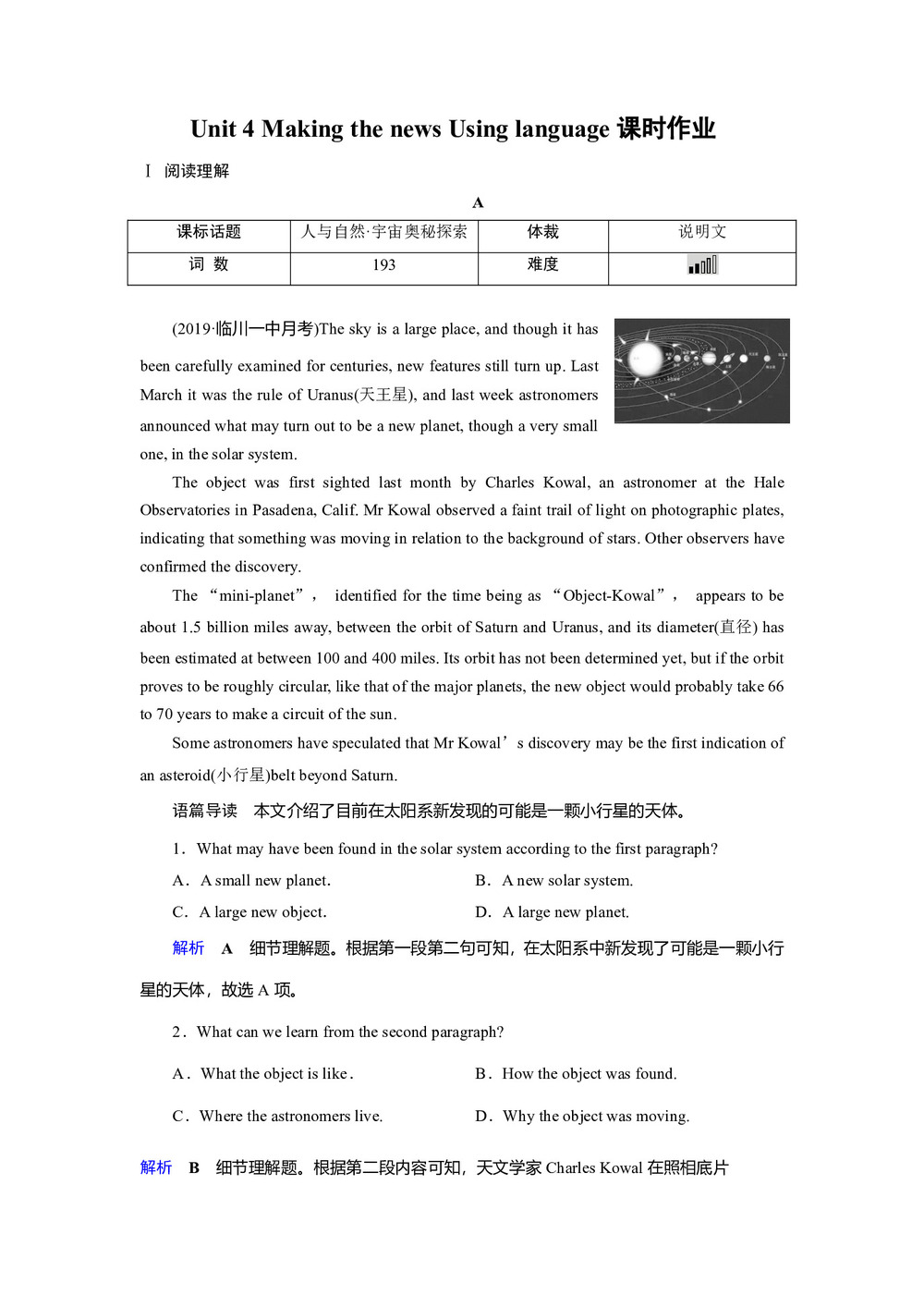 (2019·临川一中月考)The sky is a large place, and though it has been carefully examined for centuries, new features still turn up. Last March it was the rule of Uranus(天王星), and last week astronomers announced what may turn out to be a new planet, though a very small one, in the solar system.

The object was first sighted last month by Charles Kowal, an astronomer at the Hale Observatories in Pasadena, Calif. Mr Kowal observed a faint trail of light on photographic plates, indicating that something was moving in relation to the background of stars. Other observers have confirmed the discovery.

The "mini­planet"， identified for the time being as "Object­Kowal"， appears to be about 1.5 billion miles away, between the orbit of Saturn and Uranus, and its diameter(直径) has been estimated at between 100 and 400 miles. Its orbit has not been determined yet, but if the orbit proves to be roughly circular, like that of the major planets, the new object would probably take 66 to 70 years to make a circuit of the sun.

Some astronomers have speculated that Mr Kowal's discovery may be the first indication of an asteroid(小行星)belt beyond Saturn.

1．What may have been found in the solar system according to the first paragraph?

2．What can we learn from the second paragraph?