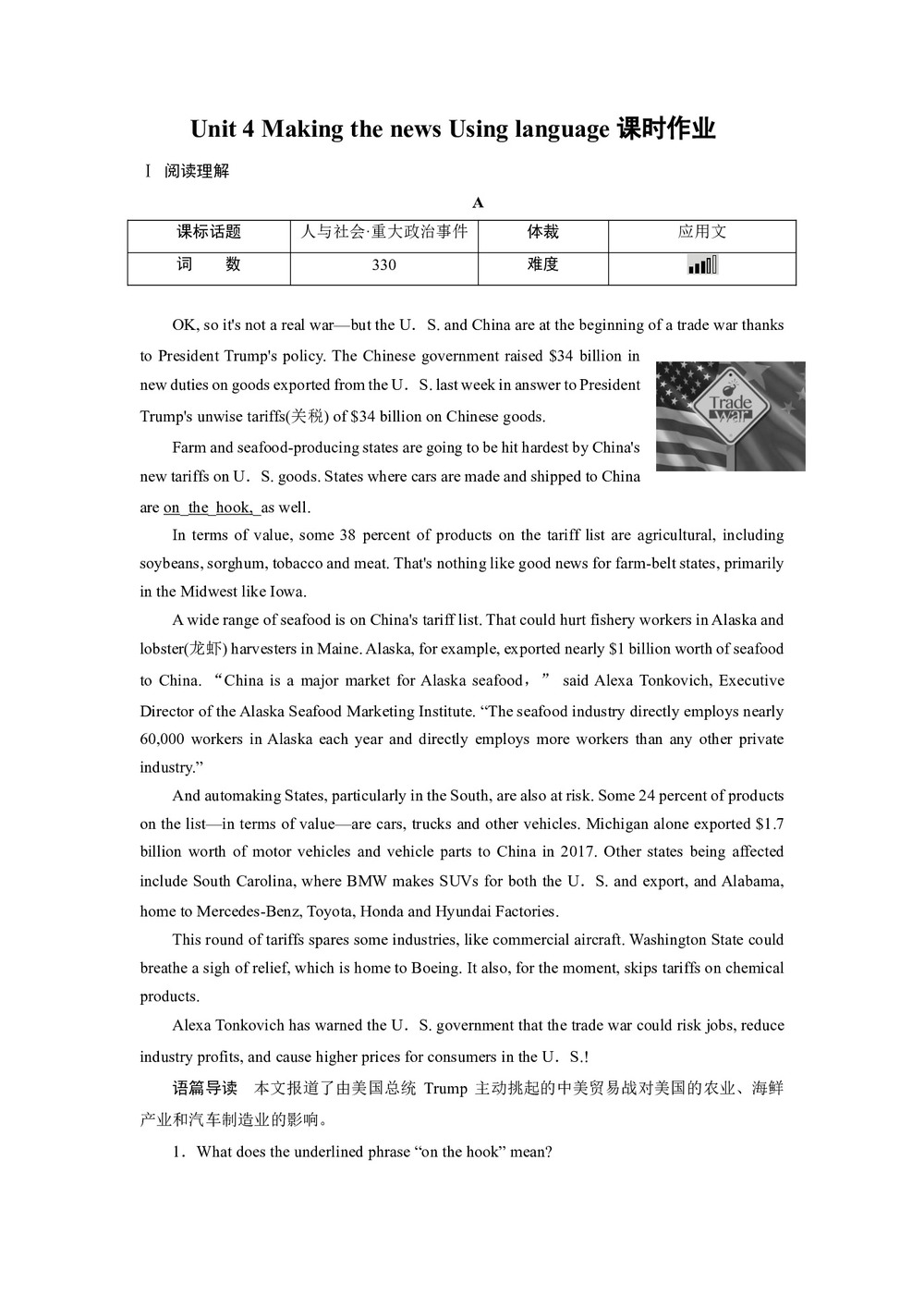 Farm and seafood­producing states are going to be hit hardest by China's new tariffs on U．S. goods. States where cars are made and shipped to China are on_the_hook,_as well.

In terms of value, some 38 percent of products on the tariff list are agricultural, including soybeans, sorghum, tobacco and meat. That's nothing like good news for farm­belt states, primarily in the Midwest like Iowa.

A wide range of seafood is on China's tariff list. That could hurt fishery workers in Alaska and lobster(龙虾) harvesters in Maine. Alaska, for example, exported nearly $1 billion worth of seafood to China. "China is a major market for Alaska seafood，" said Alexa Tonkovich, Executive Director of the Alaska Seafood Marketing Institute. "The seafood industry directly employs nearly 60,000 workers in Alaska each year and directly employs more workers than any other private industry."

And automaking States, particularly in the South, are also at risk. Some 24 percent of products on the list-in terms of value-are cars, trucks and other vehicles. Michigan alone exported $1.7 billion worth of motor vehicles and vehicle parts to China in 2017. Other states being affected include South Carolina, where BMW makes SUVs for both the U．S. and export, and Alabama, home to Mercedes­Benz, Toyota, Honda and Hyundai Factories.

This round of tariffs spares some industries, like commercial aircraft. Washington State could breathe a sigh of relief, which is home to Boeing. It also, for the moment, skips tariffs on chemical products.

Alexa Tonkovich has warned the U．S. government that the trade war could risk jobs, reduce industry profits, and cause higher prices for consumers in the U．S.!

1．What does the underlined phrase "on the hook" mean?

A．Caught in a difficult situation.