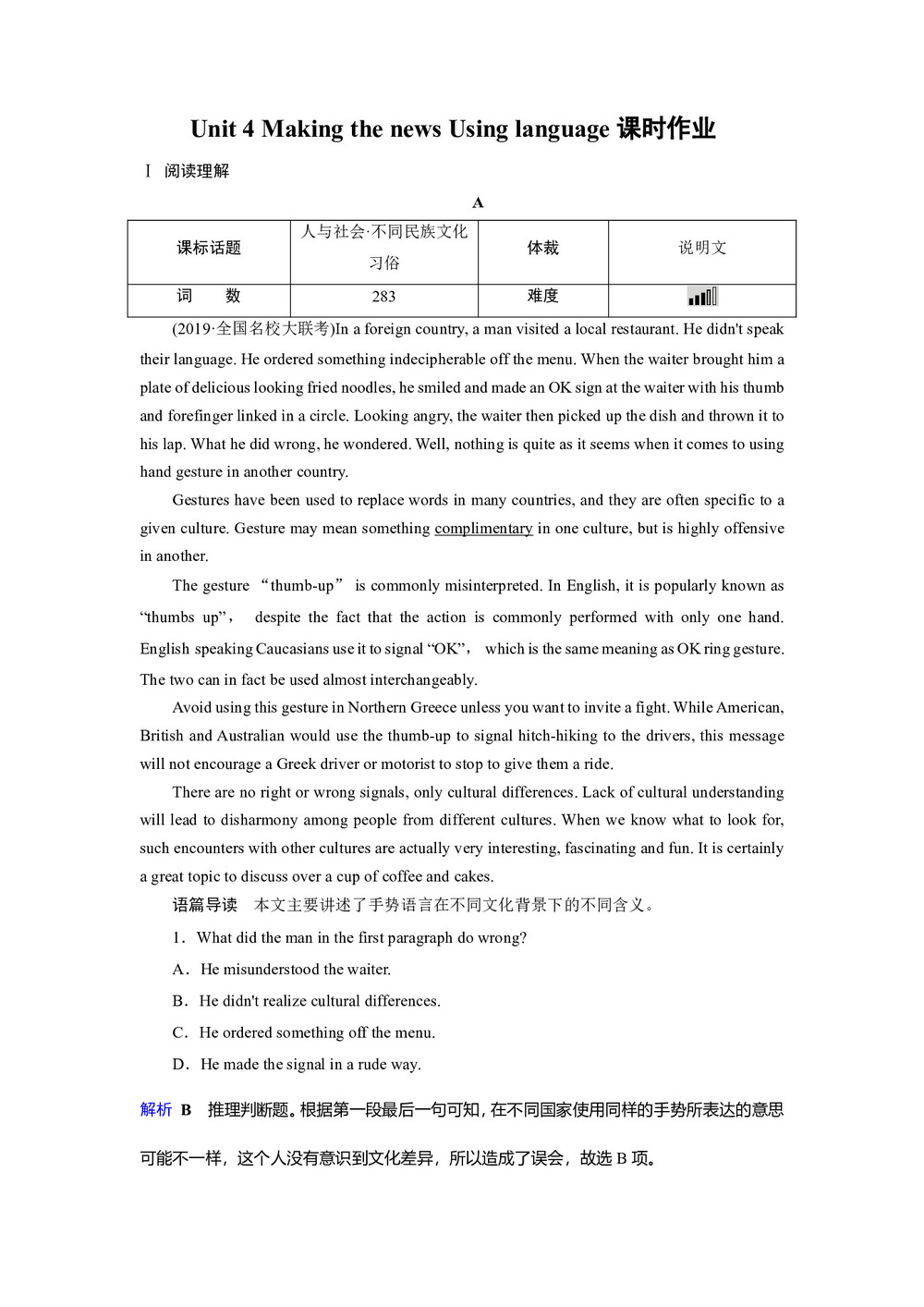 课标话题 人与社会·不同民族文化习俗 体裁 说明文 词  数 283 难度   (2019·全国名校大联考)In a foreign country, a man visited a local restaurant. He didn't speak their language. He ordered something indecipherable off the menu. When the waiter brought him a plate of delicious looking fried noodles, he smiled and made an OK sign at the waiter with his thumb and forefinger linked in a circle. Looking angry, the waiter then picked up the dish and thrown it to his lap. What he did wrong, he wondered. Well, nothing is quite as it seems when it comes to using hand gesture in another country.

Gestures have been used to replace words in many countries, and they are often specific to a given culture. Gesture may mean something complimentary in one culture, but is highly offensive in another.

The gesture "thumb­up" is commonly misinterpreted. In English, it is popularly known as "thumbs up"， despite the fact that the action is commonly performed with only one hand. English­speaking Caucasians use it to signal "OK"， which is the same meaning as OK ring gesture. The two can in fact be used almost interchangeably.

Avoid using this gesture in Northern Greece unless you want to invite a fight. While American, British and Australian would use the thumb­up to signal hitch­hiking to the drivers, this message will not encourage a Greek driver or motorist to stop to give them a ride.

There are no right or wrong signals, only cultural differences. Lack of cultural understanding will lead to disharmony among people from different cultures. When we know what to look for, such encounters with other cultures are actually very interesting, fascinating and fun. It is certainly a great topic to discuss over a cup of coffee and cakes.

1．What did the man in the first paragraph do wrong?

C．He ordered something off the menu.

D．He made the signal in a rude way.