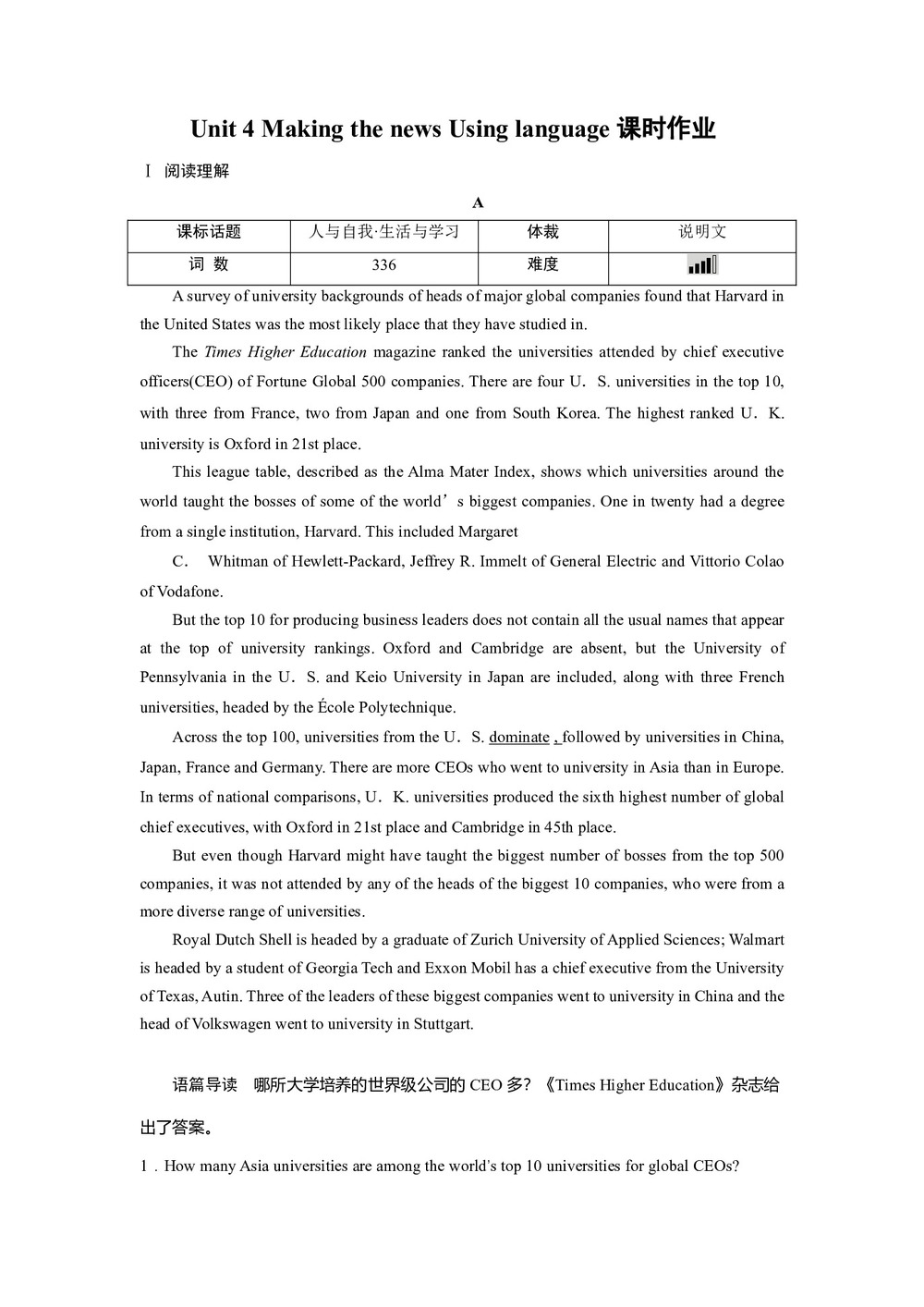 课标话题 人与自我·生活与学习 体裁 说明文 词 数 336 难度   A survey of university backgrounds of heads of major global companies found that Harvard in the United States was the most likely place that they have studied in.

The Times Higher Education magazine ranked the universities attended by chief executive officers(CEO) of Fortune Global 500 companies. There are four U．S. universities in the top 10, with three from France, two from Japan and one from South Korea. The highest ranked U．K. university is Oxford in 21st place.

This league table, described as the Alma Mater Index, shows which universities around the world taught the bosses of some of the world's biggest companies. One in twenty had a degree from a single institution, Harvard. This included Margaret

But the top 10 for producing business leaders does not contain all the usual names that appear at the top of university rankings. Oxford and Cambridge are absent, but the University of Pennsylvania in the U．S. and Keio University in Japan are included, along with three French universities, headed by the École Polytechnique.

Across the top 100, universities from the U．S. dominate , followed by universities in China, Japan, France and Germany. There are more CEOs who went to university in Asia than in Europe. In terms of national comparisons, U．K. universities produced the sixth highest number of global chief executives, with Oxford in 21st place and Cambridge in 45th place.

But even though Harvard might have taught the biggest number of bosses from the top 500 companies, it was not attended by any of the heads of the biggest 10 companies, who were from a more diverse range of universities.