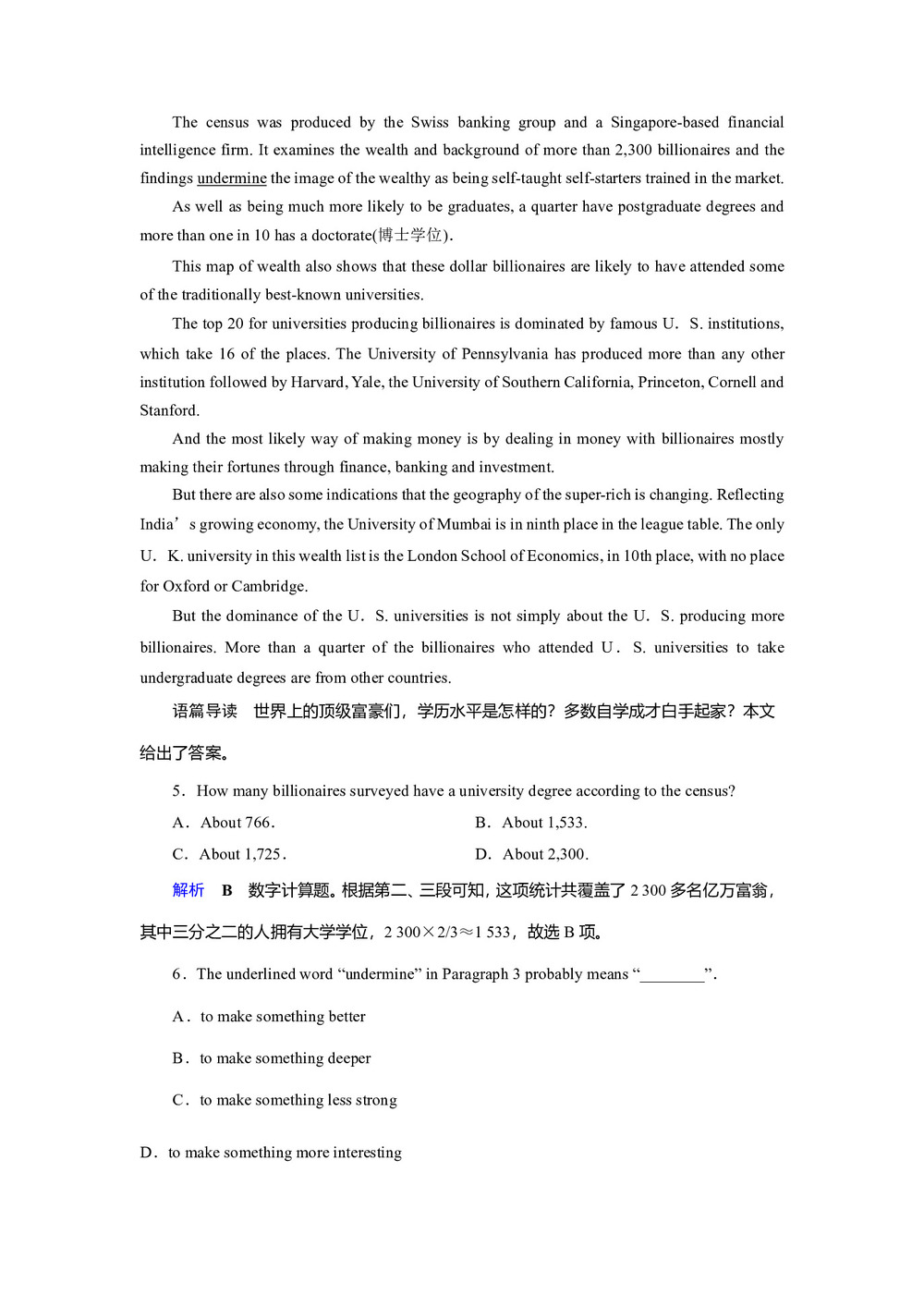 ﻿  The census was produced by the Swiss banking group and a Singapore­based financial intelligence firm. It examines the wealth and background of more than 2,300 billionaires and the findings undermine the image of the wealthy as being self­taught self­starters trained in the market.

As well as being much more likely to be graduates, a quarter have postgraduate degrees and more than one in 10 has a doctorate(博士学位)．

This map of wealth also shows that these dollar billionaires are likely to have attended some of the traditionally best­known universities.

The top 20 for universities producing billionaires is dominated by famous U．S. institutions, which take 16 of the places. The University of Pennsylvania has produced more than any other institution followed by Harvard, Yale, the University of Southern California, Princeton, Cornell and Stanford.

And the most likely way of making money is by dealing in money with billionaires mostly making their fortunes through finance, banking and investment.

But there are also some indications that the geography of the super­rich is changing. Reflecting India's growing economy, the University of Mumbai is in ninth place in the league table. The only U．K. university in this wealth list is the London School of Economics, in 10th place, with no place for Oxford or Cambridge.

5．How many billionaires surveyed have a university degree according to the census?