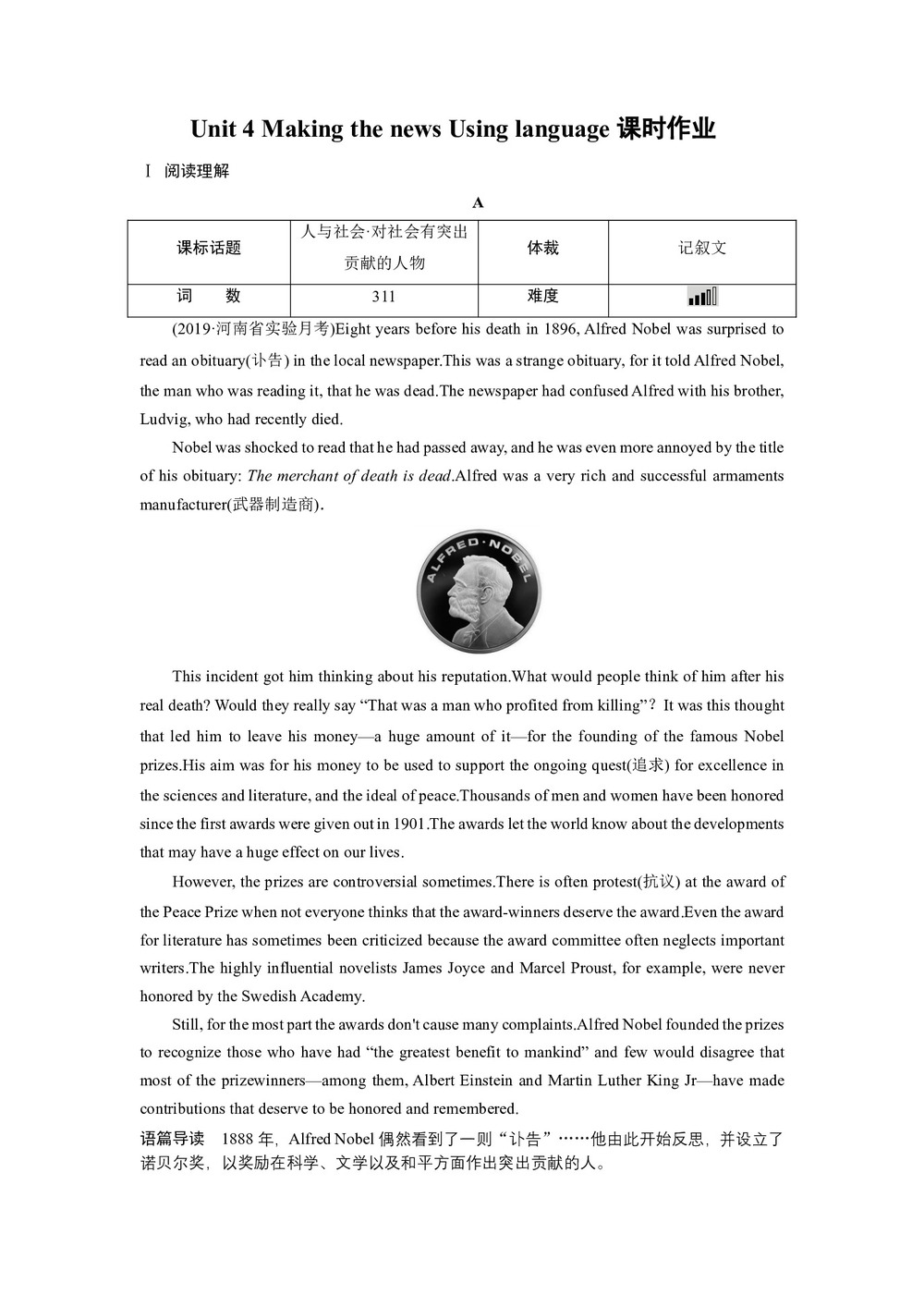 课标话题 人与社会·对社会有突出贡献的人物 体裁 记叙文 词  数 311 难度   (2019·河南省实验月考)Eight years before his death in 1896, Alfred Nobel was surprised to read an obituary(讣告) in the local newspaper.This was a strange obituary, for it told Alfred Nobel, the man who was reading it, that he was dead.The newspaper had confused Alfred with his brother, Ludvig, who had recently died.

Nobel was shocked to read that he had passed away, and he was even more annoyed by the title of his obituary: The merchant of death is dead.Alfred was a very rich and successful armaments manufacturer(武器制造商)．

This incident got him thinking about his reputation.What would people think of him after his real death? Would they really say "That was a man who profited from killing"？It was this thought that led him to leave his money-a huge amount of it-for the founding of the famous Nobel prizes.His aim was for his money to be used to support the ongoing quest(追求) for excellence in the sciences and literature, and the ideal of peace.Thousands of men and women have been honored since the first awards were given out in 1901.The awards let the world know about the developments that may have a huge effect on our lives.

However, the prizes are controversial sometimes.There is often protest(抗议) at the award of the Peace Prize when not everyone thinks that the award­winners deserve the award.Even the award for literature has sometimes been criticized because the award committee often neglects important writers.The highly influential novelists James Joyce and Marcel Proust, for example, were never honored by the Swedish Academy.

Still, for the most part the awards don't cause many complaints.Alfred Nobel founded the prizes to recognize those who have had "the greatest benefit to mankind" and few would disagree that most of the prizewinners-among them, Albert Einstein and Martin Luther King Jr-have made contributions that deserve to be honored and remembered.