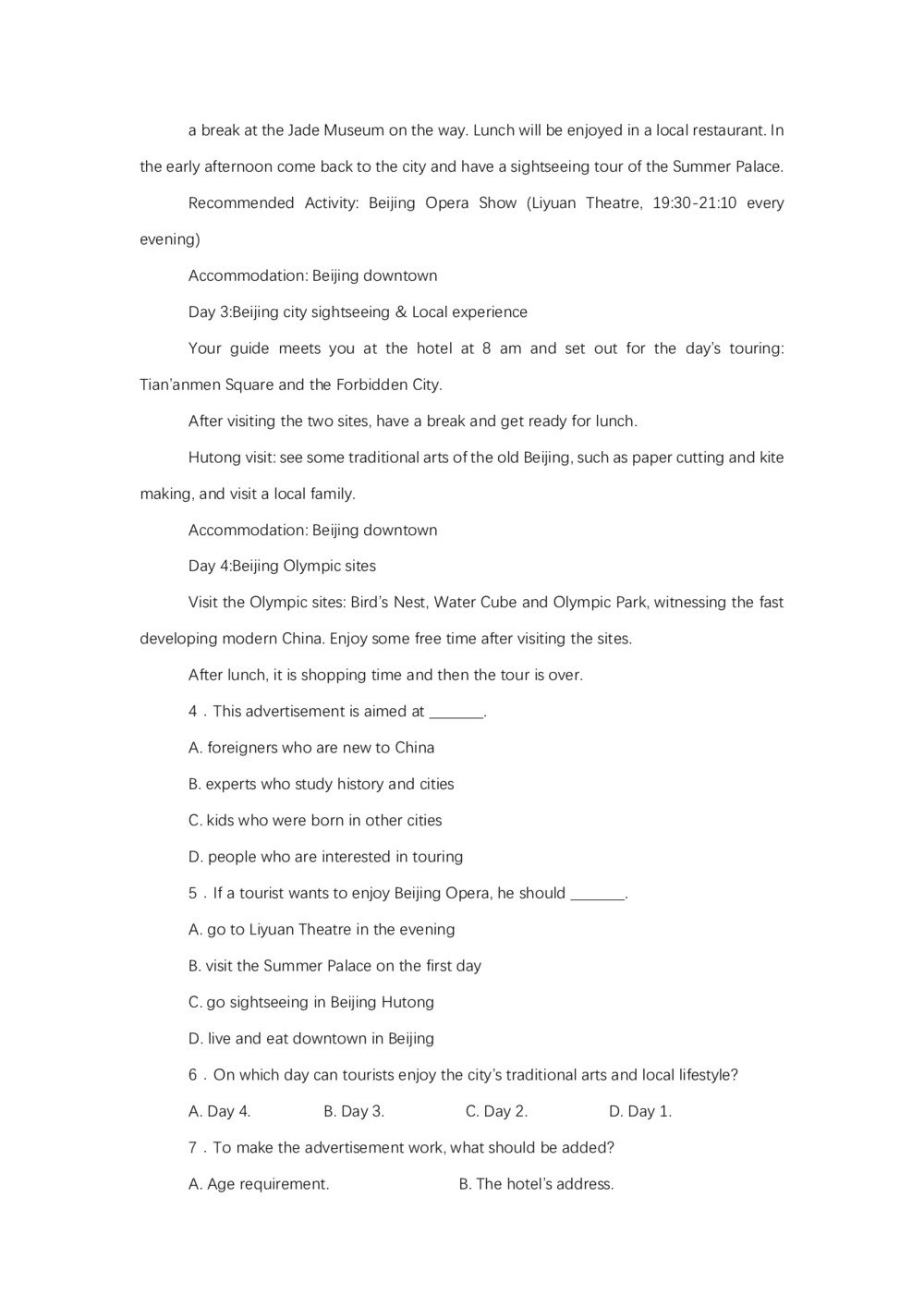 ﻿   a break at the Jade Museum on the way. Lunch will be enjoyed in a local restaurant. In the early afternoon come back to the city and have a sightseeing tour of the Summer Palace.

Your guide meets you at the hotel at 8 am and set out for the day's touring: Tian'anmen Square and the Forbidden City.

After visiting the two sites, have a break and get ready for lunch.

Hutong visit: see some traditional arts of the old Beijing, such as paper cutting and kite making, and visit a local family.

After lunch, it is shopping time and then the tour is over.

A. foreigners who are new to China

B. experts who study history and cities

C. kids who were born in other cities

A. go to Liyuan Theatre in the evening

B. visit the Summer Palace on the first day

6．On which day can tourists enjoy the city's traditional arts and local lifestyle?

7．To make the advertisement work, what should be added?

A. Age requirement. B. The hotel's address.

C．you can get more information from them easily．

D．you can easily store information for the future use．

A．a thought which directs your action

B．an idea which is different from others

C．a force that helps you do something

D．a force that acts to stop something happening

A．new things will replace the old ones in the future．