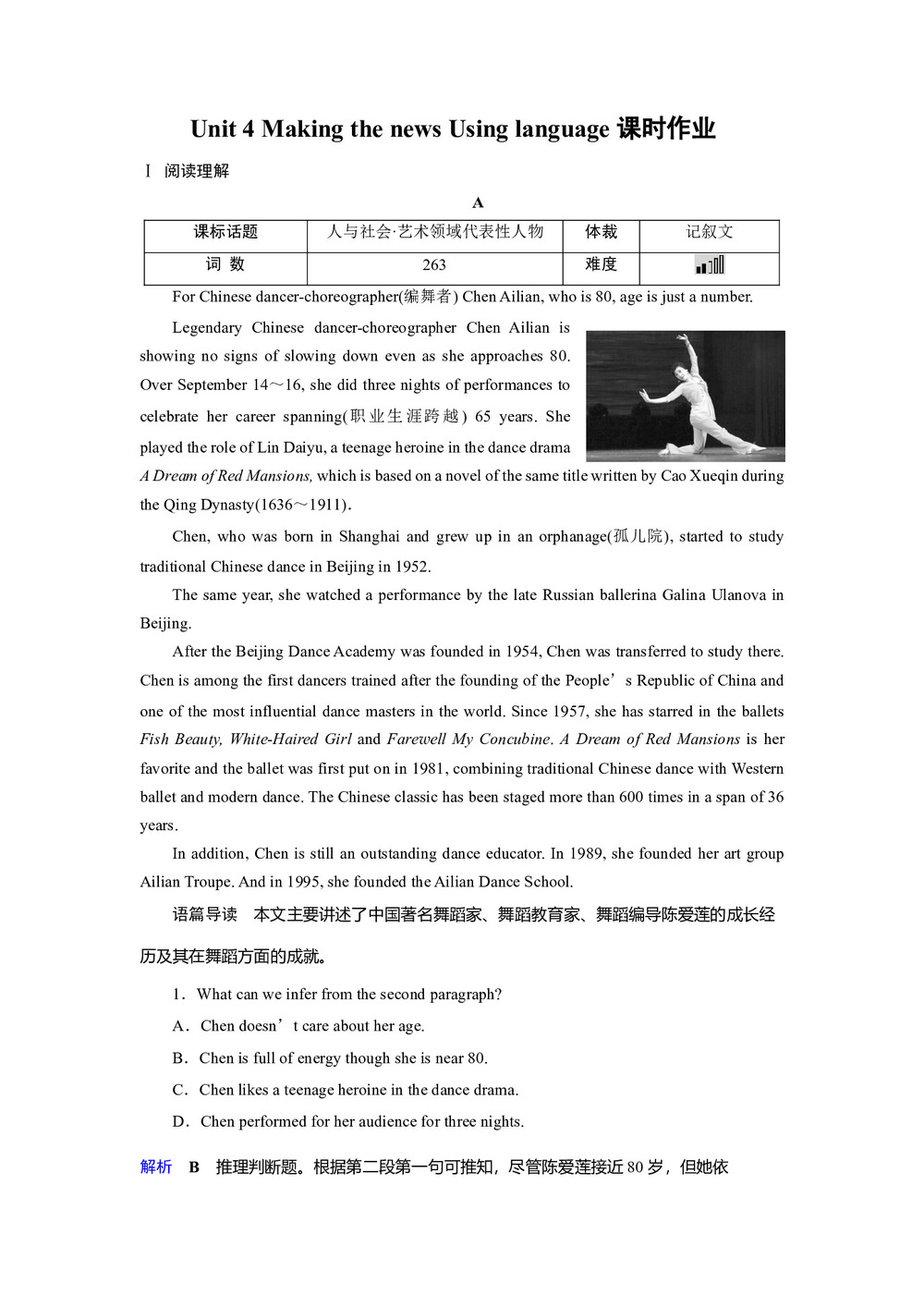 Legendary Chinese dancer­choreographer Chen Ailian is showing no signs of slowing down even as she approaches 80. Over September 14～16, she did three nights of performances to celebrate her career spanning(职业生涯跨越) 65 years. She played the role of Lin Daiyu, a teenage heroine in the dance drama A Dream of Red Mansions, which is based on a novel of the same title written by Cao Xueqin during the Qing Dynasty(1636～1911)．

Chen, who was born in Shanghai and grew up in an orphanage(孤儿院), started to study traditional Chinese dance in Beijing in 1952.

The same year, she watched a performance by the late Russian ballerina Galina Ulanova in Beijing.

After the Beijing Dance Academy was founded in 1954, Chen was transferred to study there. Chen is among the first dancers trained after the founding of the People's Republic of China and one of the most influential dance masters in the world. Since 1957, she has starred in the ballets Fish Beauty, White­Haired Girl and Farewell My Concubine. A Dream of Red Mansions is her favorite and the ballet was first put on in 1981, combining traditional Chinese dance with Western ballet and modern dance. The Chinese classic has been staged more than 600 times in a span of 36 years.

In addition, Chen is still an outstanding dance educator. In 1989, she founded her art group Ailian Troupe. And in 1995, she founded the Ailian Dance School.

1．What can we infer from the second paragraph?

A．Chen doesn't care about her age.

B．Chen is full of energy though she is near 80.

C．Chen likes a teenage heroine in the dance drama.

D．Chen performed for her audience for three nights.