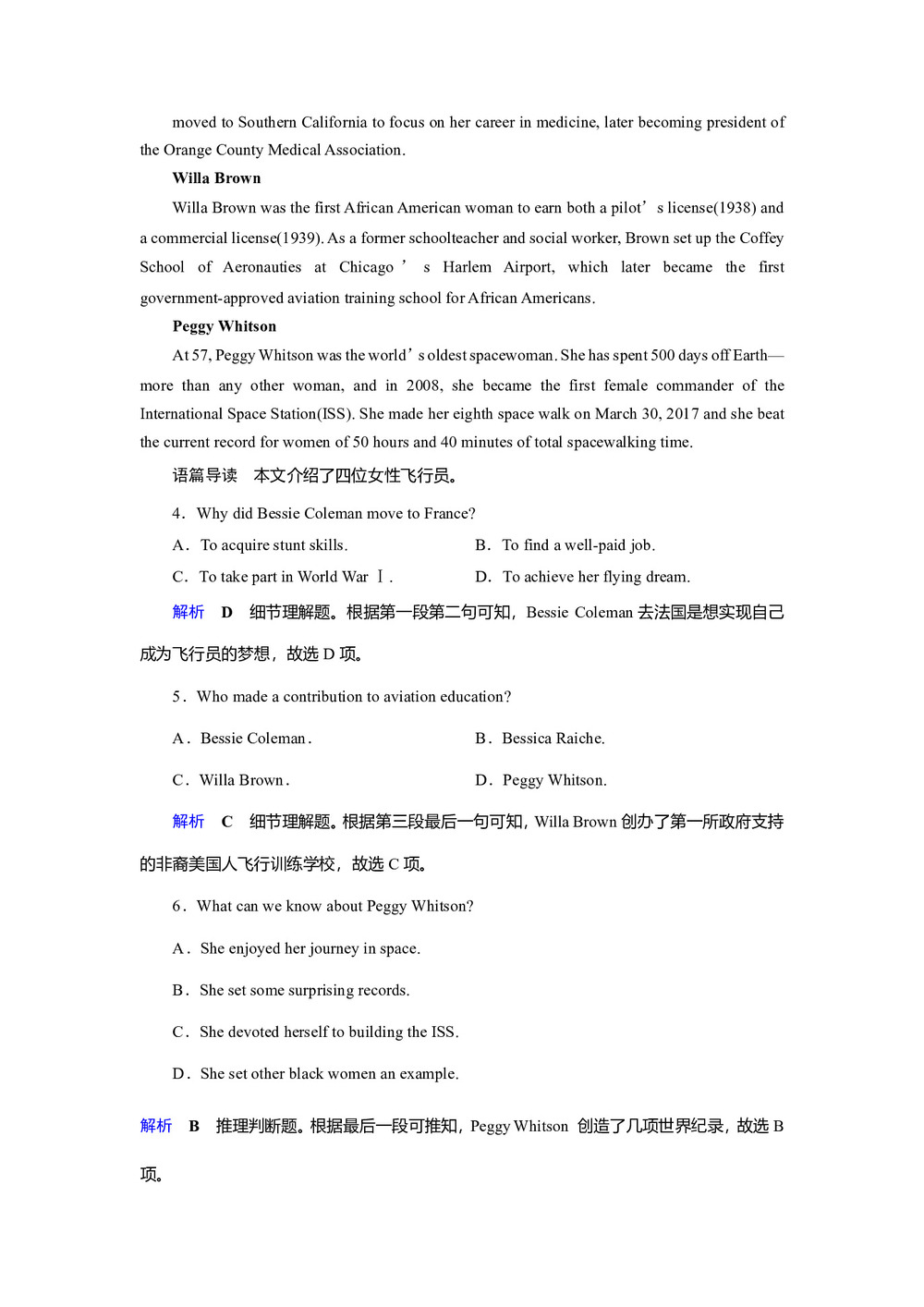 ﻿  moved to Southern California to focus on her career in medicine, later becoming president of the Orange County Medical Association.

Willa Brown was the first African American woman to earn both a pilot's license(1938) and a commercial license(1939). As a former schoolteacher and social worker, Brown set up the Coffey School of Aeronauties at Chicago's Harlem Airport, which later became the first government­approved aviation training school for African Americans.

At 57, Peggy Whitson was the world's oldest spacewoman. She has spent 500 days off Earth-more than any other woman, and in 2008, she became the first female commander of the International Space Station(ISS). She made her eighth space walk on March 30, 2017 and she beat the current record for women of 50 hours and 40 minutes of total spacewalking time.

4．Why did Bessie Coleman move to France?

5．Who made a contribution to aviation education?

6．What can we know about Peggy Whitson?

A．She enjoyed her journey in space.

C．She devoted herself to building the ISS.